While watching the below My Little Pony theory video (yes you read that right) by RlYoshi about mythological creatures in Equestria, I came to a startling revelations about Wendigos, which he talks about around the 4:00 mark.

I decided to go to ye olde Wikipedia and do some research (you can of course listen to RlYoshi to hear how MLP differs from the traditional creatures).  I can already hear some of you screeching that the Great Wiki is an incredibly poor place to endeavor such, but I have found it fairly invaluable when it comes to preliminary ponderings such as this.  Wikipedia is good for an overview and covers the basics fairly well.  I wouldn’t use it as a primary source for something so deep as say the Qabalah (I have Dion Fortune for that), but even with that esoteric enterprise, it gives some rudimentary information.

A Wendigo per the fore mentioned is a half beast creature appearing in Algonquin legend.  It can either possess characteristics of a human or a monster that had physically transformed from a person.  It is particularly associated with cannibalism, and the Algonquin people believed anyone who indulged in human flesh was particularly at risk. Wendigos are strongly associated with the north, winter, coldness, as well as famine and starvation.

They are described by as being “gaunt to the point of emaciation, its desiccated skin pulled tautly over its bones. With its bones pushing out against its skin, its complexion the ash gray of death, and its eyes pushed back deep into their sockets, the Wendigo looked like a gaunt skeleton recently disinterred from the grave. What lips it had were tattered and bloody.  Unclean and suffering from suppurations of the flesh, the Wendigo gave off a strange and eerie odor of decay and decomposition, of death and corruption.”

Though they held the appearance of emaciation and were famine incarnate, Wendigos were insatiable.  They were constantly searching for new victims to consume; however, no matter how they gorged, their appearance of starvation never diminished. 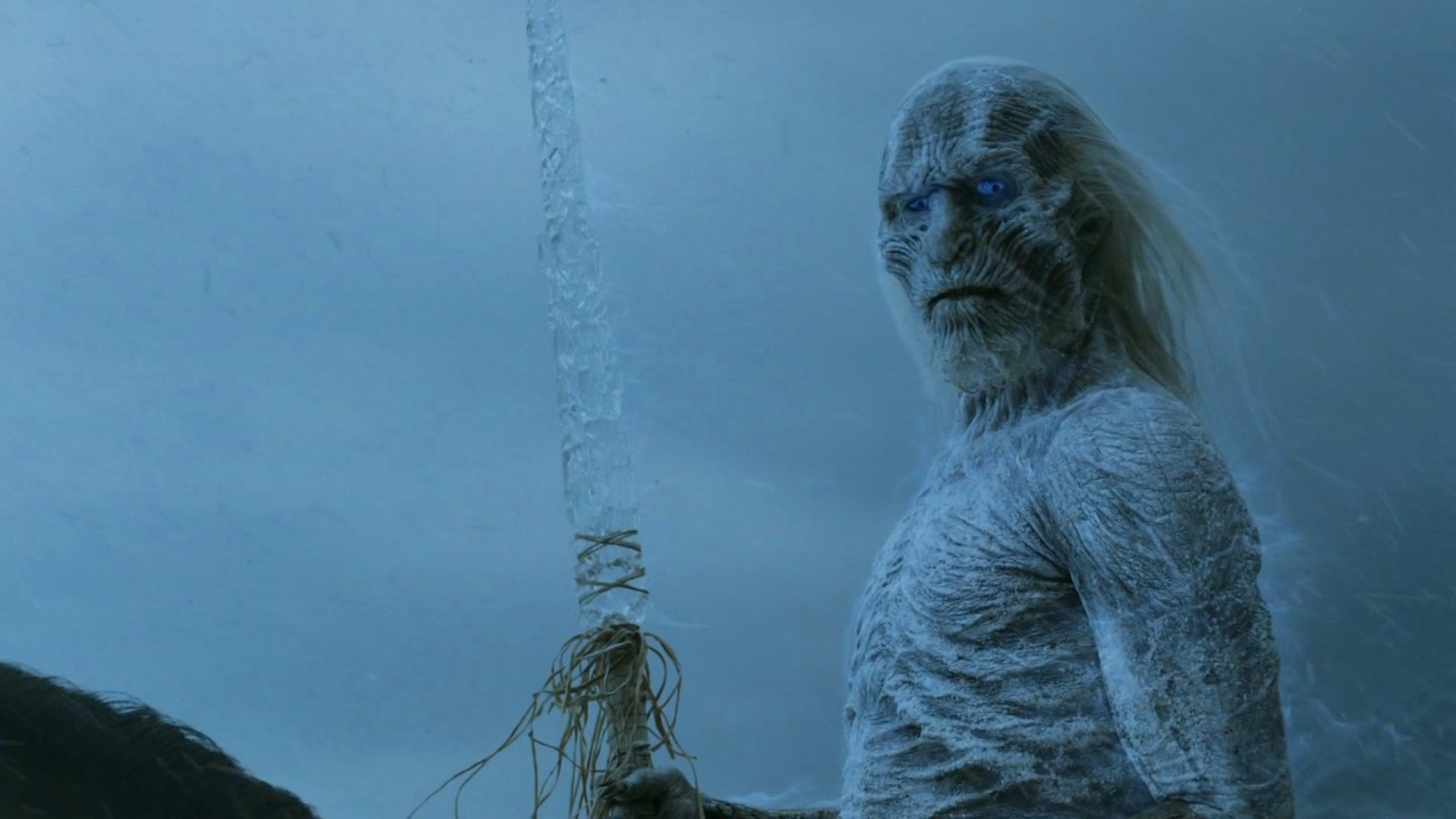 The White Walkers (and I purposely use the distinction between the WWs and Others as the latter do not have this appearance.  Benioff and Weiss diverged from the author’s ideas narratively at least.  I’m unsure if Martin had some say in the WWs design, but his descriptions are far different) align well enough with the Algonquin legend that it is more than feasible that Martin drew some inspiration from that.  The very second paragraph A Game of Thrones (after the Prologue so the story proper) reads:

“The wildlings were cruel men, she [Old Nan] said, slavers and slayers and thieves.  They consorted with giants and ghouls, stole girl children in the dead of night, and drank blood from polished horns.  And their women lay with the Others in the Long Night to sire terrible half-human children.“

This last invokes the description of Wendigos as “half-beast” and their associated with the north, winter, famine, and cold is not to be overlooked either.

These creatures are associated with the more domestically familiar zombie and the White Walkers are often referenced as “ice zombies.”  HP Lovecraft delved into this mythos with his Ithaqua, a creature that can control snow, ice, and cold, as well as walk through the sky.  He (the Ithaqua) appears as a horrifying giant with vaguely human shape and glowing red eyes prowling the far north.  Sacrifices are left for Ithaqua, not in worship but appeasement.  He attempts to reproduce with humanoid females in order to produce offspring to help him free the rest of the Great Old Ones.

The paradigm of the Wendigo has precedence in prior parables (I was determined to get the alliteration and I did), and Martin readily admits that he does a bit of borrowing (um, what writer doesn’t?  The Seven know I do), so it is very possible he cobbled together the White Walker/Others from this mythology along with other uses of it.  Benioff and Weiss might’ve extended this to more align with the Wendigo appearance.  I myself have heard the term used before in my beloved Final Fantasy games, but never did any research on them until now with My Little Pony leading the way.  No matter which rabbit catches your attention, the road down the hole is always deep.

12 thoughts on “Wendigos and White Walkers”