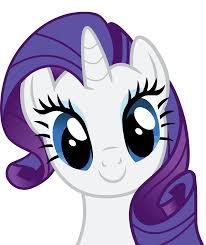 I didn’t want to get makeup on my white dress so I put on the first black T-shirt I could find (it’s a minimalist drawing of Sephiroth fighting Cloud in Advent Children if you’re curious).

I’m a little annoyed with myself for exposing my real ear and hairline, but I love the way the makeup looks especially the foundation, which is from MAC 😦  (I’m frowning because MAC has the BEST foundation ever for my skin tone, but since they started doing business in China, they’re now required to test on animals, and the Narcissist is not cool with that at all).  The lipstick and liner are also from there, but the eye makeup hails from Sephora.  I’ll keep better track of specifics with makeup for my next one.  It’s been so long that I couldn’t tell you exactly everything, but there are two different shades of blue and purple with both liquid and pencil liner.

You probably can’t see it too well, but I’m wearing green contacts, too.  Rarity has blue eyes, but I figured I’d just go with the green.

In these two I made sure the hair was over my real ears and took off the T-shirt (no easy task due to the unicorn horn, but I persevered).  Since these are selfies you can’t see the full outfit, but I was super happy with how the makeup worked with the wig, ears, and Element of Harmony necklace.  I also love the red framed glasses.  I couldn’t figure out how to pop the lenses out so I was stuck looking through reading glasses all night.

Unfortunately, I didn’t get a full costume picture and had to make due with half taken at the Halloween party I attended.  The dress looks really white, and I think the whole thing looks so much better not taken on my busted iPhone.  My expression is a bit too mischievous for Rarity, and I didn’t talk in the accent nearly as much as I wanted

Finally, we have all of the ponies together.  The fact that Tommy and Heather decided to do it, too gave me the incentive and push to put the costume together, and while I wasn’t 100% satisfied, it was still a lot of fun.  See friendship is magic (was too hard to resist…)

The lighting isn’t great for me in the right picture, but it’s hard to match it when you have different skin tones, and we all look a bit too dark honestly.  The left picture with just Heather is a lot better in that department

I’m going to try this rating thing, because I really love having a way to quantify and assess.

Difficulty: Easy – I had very little trouble finding the needed accoutrements for this cosplay/costume.  The hardest item to locate was the shoes, which I had to order from David’s Bridal. 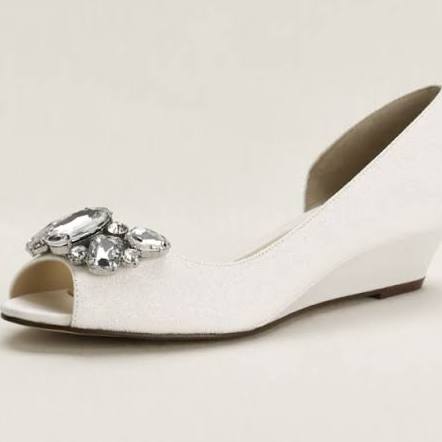 Everything else was fairly easy to find offline.

I saved a lot of money this year from still having makeup from last year (yeah…I know you should toss certain things after six months, but I gambled and thankfully didn’t break out).  I’m really happy since I spent over $200 on that alone for the failed Elsa costume.

Comfort (scale of 1-10 where 1 is very uncomfortable and 10 is very comfortable): 9 – the shoes were a bit too large so my feet kept slipping out of them, but this was a minor inconvenience.

Appearance (scale of 1-10 where 1 is “Why the hell am I in public?” and 10 is “I’m a goddess; worship me”): 7 – I thought it was a cute costume, nor did I feel self-conscious in it, which is surprising because white can be, er, unflattering when you’re a certain size.  I think the waist belt really helped with that.  Plus as I’ve gotten older, I’ve become less critical about my body.

Repeatability (I’ll try to think of a better term for this, but it’s essentially asking “Would I wear this again?): Maybe.  I enjoyed the costume, but it didn’t feel as…me (?) as other ones I want to do.  I like Rarity as a character, but in terms of ones I identify with Fluttershy would’ve been a more compatible choice.  Oh I can be a snob/elitist, but that’s more of the veneer of my personality (though I don’t think Rarity is really that much of a snob.  She likes beautiful things.  My Taurus side is tingling lol); Fluttershy exemplifies more of the core.  If I needed a cosplay I could throw together quickly though, Rarity would be a top consideration.

Overall Assessment: 7 – It was so easy to put together, didn’t cost too much, plus I can use the dress, shoes, and makeup again, but it wouldn’t be my first choice for a repeat.  Still it was fun, cute, and I had an excuse to act like a snob.  I can’t really complain 🙂

I know it’s February, but do you have any lingering Halloween updates that you didn’t get around to posting?  There’s an idea floating around the web that suggests we dispense with Valentine’s Day in favor of Second Halloween.

I for one agree with SpongeBob.