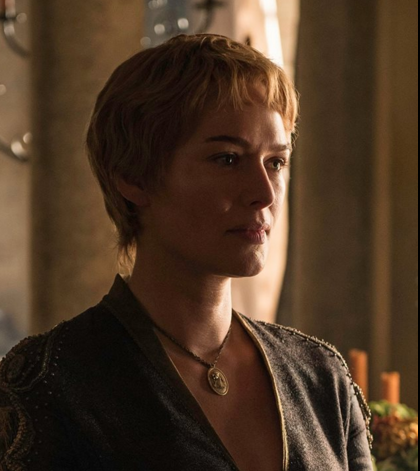 Bran and the Tower of Joy

I’m not ready to talk about Hodor/Hold the Door now.  Not yet.  Maybe not ever.  That last part is a lie.  I have notes about it that include examples from Doctor Who (of course) and many others.  I’ll reconcile my thoughts/feelings eventually, but now is not that time.  Now is the time for predictions, and I (and many others) foresee Bran’s final vision being of Lyanna Stark in her bed of blood, giving birth to Jon Snow.  There are a few other theorists like James of Thrones below who believe that Lyanna is also the mother of Daenerys Targaryen

or as the case of Preston Jacobs is only the mother of Daenerys.

I also have to give some credit to Ideas of Ice and Fire for his video about Jon Snow’s parentage.  He’s an R+L=J dissenter like Preston, but both present compelling evidence for it.  I still prescribe to the popular theory, but their averse arguments do provide food for thought.

I believe Jon is the son of Rhaegar and Lyanna in both the show and the books.  There are some people who believe the show may do things differently with that (as it has with other things), but I’m taking a wait and see approach to that point of view.  Either way I predict this Sunday we (at least we…more on that below) will finally know dear Jon’s origins.

The Revelation of Jon

In Episode 9 Jon insists that his presumed brother Rickon Stark, whom Ramsay mercilessly slaughtered, be buried in the crypts beside “their” father Eddard Stark.  My prediction for this one hits a spot with me that will always strum sorrow,, and this is contingent on the prediction about Bran coming to fruition in the way I think it will.  While down in the crypts (which Jon has had some disturbing dreams about), he’ll see the statue of Lyanna Stark, but he will have no way of knowing that this is his mother unless Bran manages to reach out to him in a dream and convince his (then) revealed cousin of this truth.  It is interesting to note that when Jon was in audience to the Lady of Bear Isle, Lyanna Mormont that he was also unknowingly speaking the name of the mother

If we (the viewers) are shown Bran’s vision without Jon finding out this information, it will invoke a common type of dramatic irony in which the watchers know what the players do not.

I thought she looked a bit more crestfallen in the preview, not so much here in still.  It made me wonder if a dragon had been injured or killed.  Tyrion tells her that she should be frightened, because she’s “in the great game now” (or the show runners did a bait and switch where we only think Tyrion is talking to Dany).  Something had to have happened to have shaken the Dragon Queen or maybe I’m just seeing shadows where there are none.

The nefarious Freys will be paid back for the Red Wedding in their own bloody coin.  This would be narrative perfection as it would complete the cycle of retribution this season has presented.  I am almost 100% certain that Walder Frey is going to die.  I also think Jaime will deliver a line that someone “sends their regards” as Roose Bolton did to Robb Stark before killing him.  Jaime has no allegiance to the Starks…but he does have a great deal of respect for Brienne who serves them.  Hm, I suppose we shall have to see.

These are my predictions for the finale.  Let me know what you think in the comments and please feel free to add your own.

I think it’s possible that Varys gets back to King’s Landing (using the handy Littlefinger jet pack) before the ending credits to kill Pycelle and Kevan like he does in the books.  Walder Frey is toast and Tommen is a huge possibility.  I’m 75% on this one.  It would follow since Cersei has lost a child a season since 4.  I don’t think Cersei or Jaime are going to die, nor do I see Jon Snow, Sansa, or Brienne facing the axe.  Pod is a possibility.  I don’t see Dany or Tyrion dying, but he has a much higher possibility than she does.  I can see Daario possibly executing his (theoretically) expected betrayal of Dany and her killing him.  That could possibly explain her conversation with Tyrion about the “great game.”

Again I relish your comments about predictions, deaths, death predictions, and anything else you might have to add.

Oh and the Wall is totally coming down Jericho style (another prediction from James of Thrones.  I believe it).