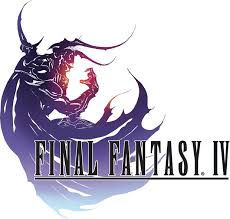 I attempted to beat the Zeromus, final boss this past week, and he mopped the floor with me. 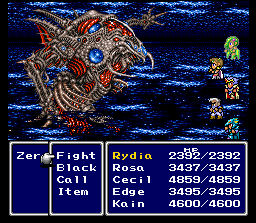 I held my own for about ten minutes or so (a half an hour if you count the time it took me to steal the Dark Matter from Zemus before his transformation), but in the end I went down like a sack of wet potatoes.  I’m not too upset about it, as the GameFAQs guide I was using warned me this might happen, and in case of such to just level up a bit more.  Kain is quite a a bit below the recommended level of 75 or so.  In fact, these are are my current levels:

Kain should have been around level 73 when I got him back the last time, but he was only in the mid sixties.

My plan is to grind on the crystal levels for a while before challenging Zemus/Zeromus again since this section contains boss level enemies, and I have a save point not far away.  Hopefully, next week I’ll be able to inform you of my victory and begin to write my review/analysis of this wonderful game. 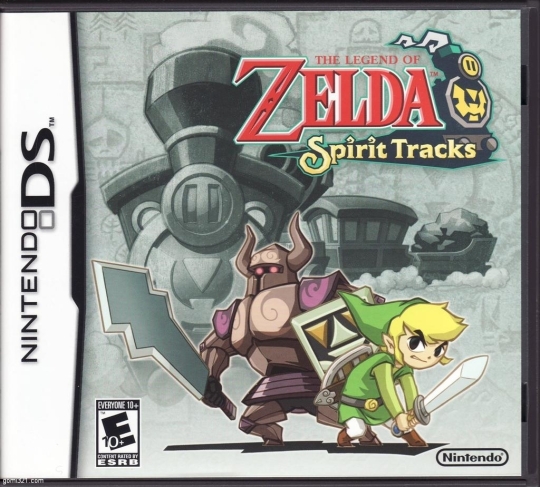 I finished watching this lovely Let’s Play last night, and I can’t wait to find another of Olizandri’s to dive into.  Since I’m not playing the game myself, it wouldn’t appropriate to give a legitimate review, but I can say from the viewing that this Zelda iteration does a great job of using the system’s mechanics to its advantage. I also liked that Zelda herself was not just a kidnapped or sleeping princess waiting for rescue, but rather an integral part of the plot.

The game (literally) had a lot of moving parts with the train mechanics, but also the pipe organ.  Zelda loves its instruments, and who can blame them when they have a master composer like Koji Kondi to write for them.

Since I jut finished Spirit Tracks, I’m now in between Let’s Plays.  I’m considering Mass Effect, Soul Blazer, or The 7th Saga.   I’d love to find a good Assassin’s Creed LP at some point as well as a God of War.  I mostly watch older games with Zelda being my top favorites to view, nor am I averse to watching an LP of a game I’ve played/completed myself such as Child of Light and even the one I’m currently playing Final Fantasy IV.

I look forward to your comments!