I’m embarrassed to report that I’ve made absolutely no progress on this game in the past week.  I suppose I could blame the holiday, but I’ve clocked loads of hours on World of Final Fantasy.  I usually play my DS/GBA at night right before bed, but I can allow that Christmas and the lead up has exhausted me.

I’m still in the Elfheim area, still attempting to figure out the best place to grind in order to earn enough gil for all the upgrades.  I’m ever open to your suggestions if you have them, as it will take me quite a long time if I can’t find a sweet spot.

As above to below.  I haven’t spent any time playing this either, though I am happy to find out a good friend is currently playing it for the first time 🙂  I’m still in the Troia area, but I haven’t spoken to the clerics yet *spoiler* nor discovered Edward’s location and convalescence *end spoiler*

I’m hoping to catch up on this and DoS if not this week then next in the new year.

You guessed it…I’ve been spending the majority of my time playing this and neglecting my other responsibilities not limited to gaming (we’re talking reading, editing, and essaying, too), but I can’t feel too much remorse.  I fucking love this game.

I’m currently in the Train Graveyard just about to challenge the four murkrifts there and the fifth hidden one that appears afterwards.  I have to give thanks again to EnterJayMent for his awesome tips for this game.  He has a playthrough as well, but since I’m already doing that myself, I haven’t watched it.  This is definitely a game I’d rather play than watch.

The funniest thing about this video was the My Little Pony ad that happened right before it.  Talk about appropriate advertisement.

I think after this chapter, I’m going to spend some time grinding in either the Nether Nebula (where I can hopefully catch another Fritt) or the Windswept Mire where I can fight the Flan Princess/Malboro Menace combination over and over again.  I’d like to get my Mirages leveled to a point where I can transfigure into the ones that only require a particular level.  This seems like the best course of action at this time, and I can update my Excel spreadsheet

I think this game may have the best voice acting of any I’ve ever seen.  Now that’s not saying much since I’m mostly an old schooler so most of the games I play/watch predate voice acting.  Everyone I’ve spoken to agrees that Fem Shep is the best choice, which makes me feel a bit bad for Male Shep’s voice actor, but Jennifer Hale is totally boss.

I’ve just been introduced to the drell assassin; I think his name is Thane, but I don’t completely recall.  All of the dialogue is so compelling in both intonation and delivery.  You truly can’t turn away from the cut scenes.

This let’s play has the distinct honor of not only being another one by my friend/fellow blogger Hungry Goriya, but also the first one I’ve watched where I’ve never heard of or seen the game before.  I grew up a Nintendo girl and didn’t have much dealings with Sega.  Obviously, I know the big names like Sonic and Spyro, but I’d never played or even seen an RPG for that system until now.  Well…not for the original system at least.  I have played Grandia II, which was originally released for the Dreamcast.

Like most RPGs of the 80s era, Miracle Warriors is difficult, requiring much strategy and guile even at the start.  Where current games ease you in, MW drops you right into the boiling water, forcing you to jump around to escape the scald.  Running away from certain enemies is paramount to survival and grinding up large amounts of guilders (the game’s currency) is an initial requirement.  I’m certainly enjoying watching an expert play and can’t wait for the next installment to go up.

I added these two together, but can’t for the life of me remember who mentioned/recommended them.  It was probably Cheap Boss Attack...I’ve added so many games because of that guy hehe.

Limbo is about a little boy seeking to rescue his sister from a dreary world, and the cover itself sends chills down my spine. 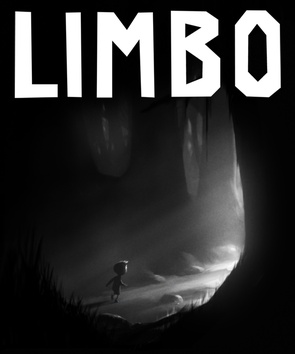 The darkness with that splash of eerie light certainly sets the mood.

Oxenfree is about a group of friends who accidentally open up a paranormal rift on an old military island.  Oops.  I hate when my friends and I do that.  Very messy.

I didn’t buy it, but rather received it as a present from my awesome older brother, but I don’t have a section for gifts.  I suppose I could have this be Games Bought/Received, but since I buy most of my games myself, I doubt this issue will come up that often.  I do have to sit down and figure out the order of operations for my next gaming projects since I now have a lot of hefty RPGs to get through.  I’m planning on writing a year end wrap up where I’ll be discussing this and my other 2017 plans.

Since we’ve just had a major holiday and are still currently enmeshed in a few others (it’s the 4th night of Hanukkah, the 2nd night of Kwanzaa, and the third day of Christmas if that’s a thing you do), did you receive any of the games on your wish list?  I almost bought a Vita with the massive amounts of Amazon gift cards I was given, but I decided against it.  I have more than enough games to keep me occupied for years to come without adding another system to the mix, though I really do want a Vita at some point.  It’s around $200 though so I decided to hold off and spend some money on books.  I think the rest of the balance will go towards purchasing some audio/video equipment so I can finally start my recording projects.  That’s something else I’ll talk bout in my year end/new year plans post.