I think all I did was level up this past week, and I only played on Wednesday.  I’m debating whether or not I’m going to pick up the Balthier summon just to say I have it/for completion, because I really don’t have anything else to do (unless they release more DLCs).  I’m just grinding in the best leveling spot, trying to get Bahamut up to level 80.  I think he’s either 74 or 75, but I have been thinking of trying for Master Tonberry and Elasmos afterwards if the former is successful.  After that I’m pretty sure that’s all of the Mirages, but I’m sure I”ll check to make sure that I have indeed caught them all. 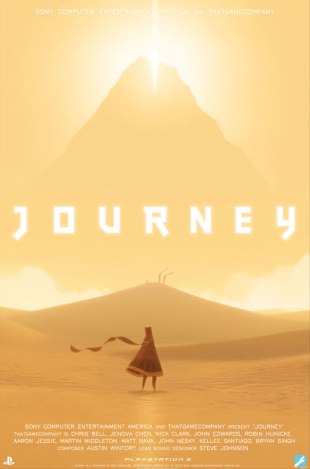 I played!  I actually played this week, and I’m nearly at the end!  I would’ve finished, but I got stuck in the snow and alas there was no friendly chocobo carriage to pick me up (little FFVII humor there).  I could find the door I was supposed to go through, but couldn’t figure out how to get it open.  It turns out I missed a shrine right after the part with the heavy winds, so when I play tomorrow, I’ll remedy that.

In other news, my scarf is pitifully short like I think I picked up maybe one extension of it, so I can’t fly very far.  Because of this, I’m seriously considering going through the game again, although I think I can go back to previous chapters without starting over (there is chapter selection), so I may just do that.  Either way, I’m super excited to finally reach the mountain and see the conclusion.  I can’t wait to review this game so I can talk about what my interpretation of it is!

The let’s play is complete!  The “man in the black cloak” has been defeated (I’m serious), and peace has returned to the land.  I’m hoping HG decides to do an LP of the other games in the series, because I for one thoroughly enjoyed watching Aron’s adventures.

I’ve been scoping out Sega Master Systems myself for the past week or so.  Amazon had one for the astronomical price of $700!  But when I just looked on the Google, I found ones as low as $14.90 (a price I don’t really trust) and the more reasonable $100-$150 area with a few games to boot.  I didn’t pick one up yet, but it’s on my radar now.

Seriously, I have been slacking on watching this let’s play, and I’m not sure why.  I’ve decided I’m going to play the trilogy myself, and this may explain my lessened enthusiasm for watching it.  It’s certainly not the intrepid let’s player, Olizandri, whom I still find utterly darling, and I still want to watch Athene’s LP of the first Mass Effect.

Of course I can’t not talk about Andromeda since it came out today, and my one friend is absolutely over the moon (or rather galaxy I suppose) about it.  He’s fanboy/girling as hard as I was when I found out about the FFVII: Remake.

Now I have to try to avoid spoilers, and since I have no idea when I’m going to play the original trilogy, this is going to be like dodging bullets.  All I know is it takes place 600 years after the events of the first game, which is when the initiative began, so the events of the original trilogy don’t have much direct bearing on the current story.  My fanboy friend (whom I’m hoping does a Twitch stream of it at some point…though I’m not going to watch it yet hehe, but his site is here) informed me that the main character’s father has the same N7 rank as Shepherd, and I’m certain his/her name is well known even 600 years later.

After I finally finish WOFF and Journey, I plan to start FFV and FFXIII.  I think after I finish one of those then I’ll fire up the first Mass Effect.  I think I’m going to limit myself to two games at a time.  This is a good hunt plan :p