Is this a bonus round?  Or do I just feel like leveling up?  This is a two part and multifaceted question and one that’s going to require a bit of thought on my part (as I hope it does on yours).

Who is your favorite and least favorite character in each of the games you’ve played?

My favorite character is Cecil, because he’s just an all around decent guy.  He’s willing to defy authority (the King of Baron) in order to protect the weak and innocent.  He’s forgiving.  He’s a loyal and true knight even before he became a paladin, and he’d never side with his alien half to go against the Blue Planet (sigh…).  Also he looks like this:

It’s hard to argue with such a beautiful face

My least favorite character in IV is without a doubt Edward.  Oh…my…god, he is so freaking useless (except for that one time in the Dark Elf’s cave).  He…edges out Edge in the annoying contest because at least the ninja prince is a decent fighter, but I can’t stand his overly cocky attitude.

Simple as an aria with the favorite character; that’s going to be Celes, former Imperial General and *spoiler* suicide attempt survivor *end spoiler*

Celes has such a wonderful character arc and growth both seen and speculated.  She was augmented with magic at a very young age and raised as a merely a tool for the Empire.  *spoiler* Later branded a traitor *end spoiler* with the help of her friends, she realizes there’s more to her than just her designed purpose, and she becomes integral in the fight to save the world.

The least favorite character is tough for me in VI, because there’s really no character I dislike, which is surprising as there are 14 possibly playable ones.  If I had to pick a least favorite it would have to be Gau, and that’s only because he was the character I used the least.  In terms of story, I didn’t find him annoying or really even useless.  He was the “blue mage” character since he had the ability to learn the attacks of monsters, and since you had to pick the particular monster in the menu, it was hard to tell what kind of attack would come out.  It was a bit random, so I rarely used that skill with him.

I’m sticking to main, “hero” characters (grumble, grumble…), but you all already know my favorite is Sephiroth, though I could make the case for the Great General being a/the main character.  It might not hold water, but I could do it.

My favorite character then is Vincent for reasons I explained here (with a kick ass picture) I’m a huge fan of the tragic back story, and his also has some Beauty and the Beast elements towards it along with vampiric lore, too.  I’m actually not sure who has the more tragic back story, Vincent or Sephiroth, and since their tales are intricately entwined, it makes it even harder to unravel.

My least favorite character in FFVII is Yuffie. Ugh, she’s so annoying.  I can’t stand the over hyper, teenage character who just seems to be a pest for the sake of being a pest.  While her back story about pretty much being Wutain royalty is interesting, that doesn’t really diminish my dislike of her as it just adds a “spoiled princess” layer to it.

The only situation where I liked Yuffie was in my favorite fanfiction Slumbering Mountains where her annoying traits are tempered, her and Sephiroth become (unlikely but close) friends, and she kicks his ass in cards.

I like both Squall and Selphie, which seems so odd, because they’re total opposites lol.  I’m going to go with Squall being my favorite character, because he shows the most growth, and I also understand why he’s the way he is psychologically.  Abandonment issues will do a number on your psyche, and Squall comes off as a bit of a Taurus, and that’s how we react in that situation.  If we’re constantly abandoned, we learn not to latch onto anyone, because the best way to avoid being hurt is to avoid the situation that hurt you in the first place.

My least favorite character is Rinoa.  She’s pretty much just a plot device with no legitimate personality of her own (though there’s a really awesome theory as to why this may be), but if it’s not true, then Rinoa is just vacuous.

I really relate to Garnet/Dagger for reasons I don’t want to go into right now, but I think my favorite character is Freya Crescent (and not just because of her last name, but it is something of note).  Again with the tragic stories hehe.  Freya spends most of the game looking for her lost love Sir Fratley, but when she finally finds him *spoiler* he doesn’t remember who she is *end spoiler*  It’s the epitome of the fruitless quest, and yet she still selflessly stays by Zidane’s side in the midst of her despair, because that’s what a true knight does.

My least favorite character is going to sound so cliched, but it’s Quina, though I don’t hate them as much as the internet does.  Out of all of the character, they had the least reason to be there and just went on the quest for the hell of it.  Though I believe they were an integral part of the party despite their lackluster reasons.  Also their character design shows the varied and whimsical variety of people/species in the world.  Out of all of the Final Fantasies, I think IX has the most colorful and eclectic characters, and I love how the reasons for that were totally plot/narrative relevant.

Auron the Cool Old Guy or, as I prefer, eternal bad ass is hands down my favorite character in FFX.  He has bitchin’ sunglasses, wields a sword that Cloud would be proud of, and carries around a huge jug of what’s obviously liquor.  His name is also a homophone of the magical symbol in The Neverending Story (the Auryn), and of course he *spoiler* is literally undead, but he refused to be sent so that he could protect his friend and the previous summoner’s daughter whose job is to send beings like him to the Farplane.  Auron is a ghost; Tidus is a dream, and I’m impressed.  *end spoiler*

My least favorite character is Tidus.  Holy fuck is his voice annoying.  Ughhh, talk about things that would sound so much better in Japanese.  I really wish they would make that an option in all remasters/remakes.  I don’t even care that he’s whiny and has “daddy issues” (which is a phrase I really don’t like, but I can’t think of anything better); I hate the way he’s voice acted.  This may be the main reason I find him so unpalatable.

I loved Fran and Balthier, and really, really wish the creators had centered them as the main characters instead of Va’an and Penelo who were really just along for the ride.  Since I have to pick one for each (by my own rules), that’s easy, too: Fran.

Like Freya (whom I think is a parallel, “archetypal” character), she’s a human/animal crossover, though I think Freya is more anthropomorphic whereas Fran looks more like a dark-skinned beauty with bunny ears.  Speaking of which yasssss, I kind of forget that Fran could be considered black/brown then I remember and I’m like 😀  Her voice is awesome, too.  She has an English accent, though her voice is kind of monotone, and I just love the way it sounds.  So unique.  Let’s also not forget that Fran is an amazing fighter and the viera are just a really interesting race.  This is making me want to replay FFXII and definitely get on reordering The Zodiac Age.

My least favorite character is Va’an, because he shouldn’t be the goddamn main character.  I’ve had some great discussions with people who suggest the reason he is is to draw in the younger crowd, but I still think it’s a bad move in terms of narrative.  Vaan and Penelo are bystanders to the great action, and that filters the story through their eyes, which double filters it because all stories are filtered through the reader/watcher/player by the very act of  consumption.  It’s like using a filter word in a narrative.  Instead of saying, “She felt the thief grab her purse,” you say “The thief snatched her purse” for a much stronger sentence.  You don’t need to filter the experience through a character, and really…this goes back to the difference between showing and telling.  In XII they try to tell the story through the eyes of a street urchin when it would’ve been so much stronger just to show it through much more interesting characters like…everyone else.

I don’t hate Va’an, I just think he would’ve been much better as a side character instead of the main protagonist, and Squeenix could’ve tapped into their love of Star Wars (which they show in damn near every game) since Baltheir is very Han Solo-esque, and though Fran is way better looking (and much more articulate) than Chewy, the dynamic is similar.  If they ever did a rewrite, that’s what I would suggest.

Long post is loooong, but hopefully it stirred up some thoughts/opinions of your own.  Let me know who you love and loathe in the Final Fantasy games you’ve played in the comments, but let’s try to be as nice as we can be in terms of the latter.  No “this person sucks.”  There needs to be a reason for your dislike.

P.S.  We all know who the most annoying character ever in any of the Final Fantasy games is… 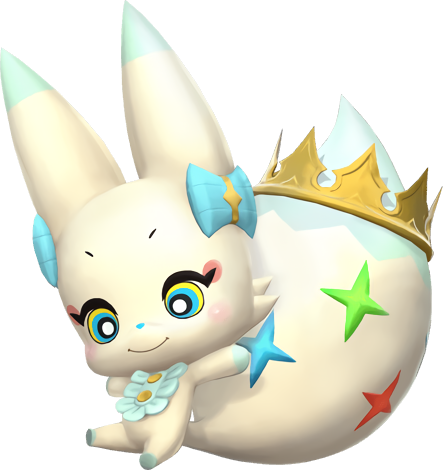 24 thoughts on “Final Fantasy Friday: The Best and the Worst”