Am I starting to get bored with this?  Eh, maybe a little.  I still like the story; the dialogue is clever; the music is excellent, but some of the daily stuff is starting to become tiring.  It’s hard to level up because you’re kind of at the whim of whether or not you receive the right materials in order to do it, and of course I could spend lapis and eventually money to grind more for them, which is how they get you.  I’m going to keep going for now, but I may start cutting back on how often I play.  Right now I log in every day in order to collect my daily reward. 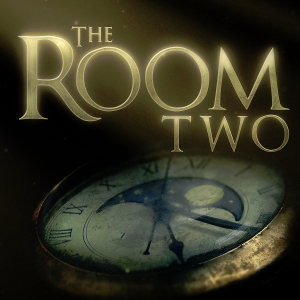 They hooked me.  The Room was free; The Room Two was $2.99 and irresistible to a puzzle lover such as myself.  It’s a little bit more expansive than The Room, as in you’re not limited to just one spot, but are literally in a room with numerous places to look for clues.  As such, the puzzles are a little more obvious.  Finding a light bulb will probably set off a mental light bulb that it belongs in an empty socket, and finding a scrap of a picture will intuitively need to go onto a torn one.  It’s still challenging, but in a different way.

I was worried for a bit that HG had put this on the back burner, since she put out an LP of Super Mario All Stars, but there was an update this week.  A pilot for the ship has been found!

I just finished watching the Quarian Fleet destroy the geth dreadnought…while Shepherd and crew were still on it.  Of course the intrepid commander made it off alive with Legion in tow.

I’m now on the Heart of the Alien part of the let’s play, and wow, this is interesting.  First, I never knew there was a second part/sequel to Out of This World, and I certainly didn’t know it starred your alien friend whose name everyone just agrees is Buddy, because Lester is incapacitated.  Again for a game of its time, the cinematography is amazing, and it’s obvious there was some kind of alien civil war with the ones who captured Lester laying waste to the settlement that Buddy and others live in.  I’m really curious how this all works out and how the hell Lester gets home, if he manages to get home or survive at all.

Yes, I took the pictures against the draft of this post. It’s postception!

Sorry the picture is a bit dark.  My flash decided not to work in this one, but I definitely have the games!

The flash did work in this picture.  My tattoo was looking pretty ratty the first few days after I removed the cover.  Like I mentioned before, my artist tried something different by covering it with the same material they use for burn victims, but I took it off a day or so in advance.  There was ink EVERYWHERE.  It was all over my arm and among the letters along with the stickiness from the glue, and I tried to clean it off first with soap and water then with acetone.  The latter helped a little, but after a few days, it came off by itself (whoohoo perpetually shedding skin cells!) and now it’s almost completely healed.

There’s still a little bit of scabbing as you can see (and I should probably put some lotion on it), but the itchy phase is nearly done, nor was it that bad this time due to the burn screen.  I love the font.