First I need to say that I found this list of questions through two of my blogger buddies: Cheap Boss Attack and Athena | AmbiGaming.  CBA answered all of his questions in one fell swoop, while Athena is still in the midst of hers.  You should check both of them out and get in on the happenin’ conversation 🙂

I’m going to do something different from both and them and post a question and answer every day this month as June has 30 days.  My goal was to do this in April, my birthday month, since it has the same day count, but I didn’t have enough time in March to prepare, so I figured I’d want until the next month with the proper number.  I hope you enjoy and conversation/discussion is encouraged!

Hm, well this is a tough one, and it’s pretty bad to struggle with the very first question of a test.  I started playing video games when I was around the age of three, and since I’m 37 years old now, that’s quite a tidy bit of time to look back upon.  My first system(s) was ColecoVision/Atari, but for the very first game my tender little self played, it’s anyone’s guess.  All of those early cartridges (Pitfall, Asteroid, Centipede, Adventure, Brain Games, etc.) just run together in my mind.

Then there were also some computer based games like King’s Quest that I enjoyed before I eschewed PC gaming for more console based, but that was probably after I first played Coleco/Atari.

The Nintendo Entertainment System came out in 1985 when I was five years old, and I believe we got our first one when I was six.  I certainly remember the first game I played on that: 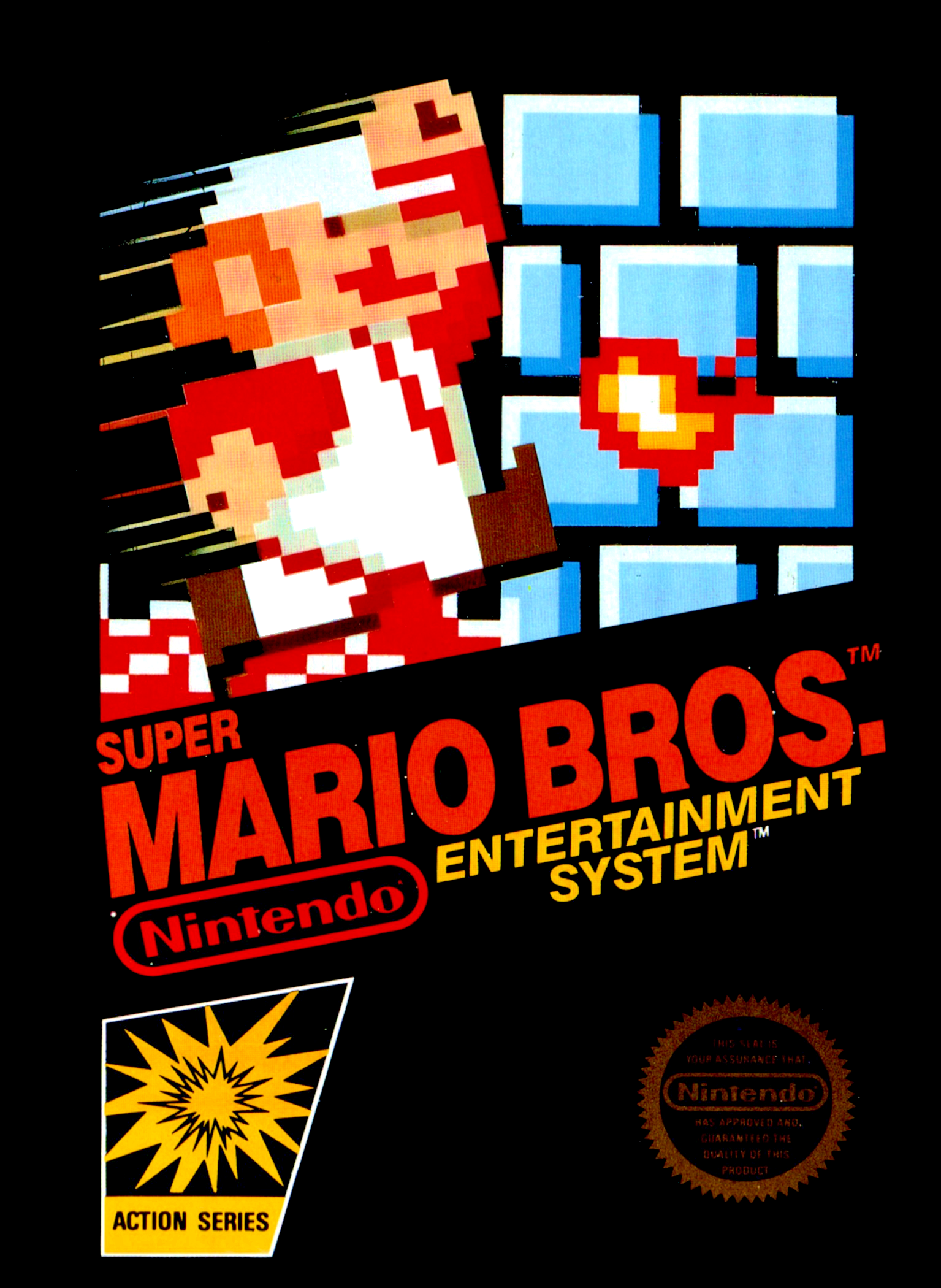 I’m sure this was a “first game” for many a player, and I’m going to go with SMB as my unofficial first video game.

What was your very first game?  Let’s discuss in the comments!