Why is this question harder than favorite antagonist?  Athena from AmbiGaming asks the same thing in her post to the same, so if you’re seeking some clues to the answer, I’d suggest you look there.

For Final Fantasy, it’s a toss up between Cecil Harvey from IV and Celes Chere from VI.  Cecil manages to fight and overcome the darkness that threatens to consume him and manages to consume *spoiler* his brother and his best friend *end spoiler* at least for a time, because Cecil is a literal white knight at heart. 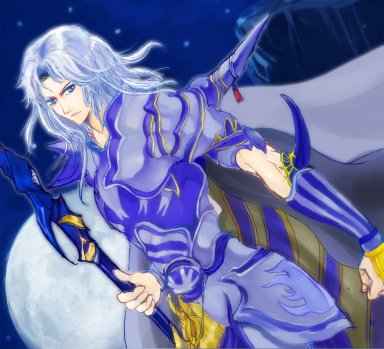 Then there’s Celes who went from general to prisoner to rebel to depression/suicidal after she lost everything.  I never realized how deep that part of the game was until I was older, but if certain things go awry (even after the world ends), Celes throws herself into the sea.

For non-Final Fantasy Aurora from Child of Light is up there.  She’s brave, resourceful, and compassionate, much more mature than her years even in the beginning when she’s a little girl.  She’s the best fairy tale heroine I’ve ever come across, doesn’t  bleed “damsel in distress” in the least, even throughout all the trials and heartbreaking revelations in Lemuria.

Favorite protagonists are hard to pick.  I can’t pinpoint just one like I can with villains.  I think it’s because with villains we pick our favorites based on what qualities inspire the most sympathy and connection.  In a way we may fear falling as they did, so we might be more forgiving for our favorites because we see a reflection of ourselves.  There are many different ways to be a protagonist (not saying there aren’t many different ways to be a villain), and each one we find will have qualities we like and can look up to.  This may be why we’re more likely to like different types of protagonists, but generally prefer one type of villain.

Let’s hear your favorite protagonists in the comments!