The epic continues, but I’m not sure how I will when I finished the 7th and last one that’s currently out.  It’s a long time until January 2018.

Thank god I already bought the second book in this series.  It means I don’t have to wait until I get to the bookstore to have it in my possession.  I do have a very short book to read in between, but I can probably finish that in less than an hour (it’s a very short book) and move right into A Torch Against the Night.

Needless to say, this book is phenomenal.  Five stars without hesitation, though now that I’m thinking about it, I might want to at least slow down on reading the next book, since I don’t know if or when the third one will be out #SagaIssue

There’s an untitled third and fourth book on Goodreads, so the future looks bright for this series.

I will usually finish a book if I’ve read more than half of it, but I decided I’d put this one aside today even though I’m slightly over that threshold.  I adore the author’s whimsical writing style, but it was a little too heavy handed in the religious aspect for me.  I prefer my angels of death to reap more and proselytize less.  I was also a little offput by the “magic is evil” motif.

I think the story is cute, and I’d recommend it to the mid-grade/YA crowd.  I am planning on writing a nice review even though I didn’t finish.

Gah!  I’m already halfway through this even though I’m desperately trying to space it out by only reading one chapter a session.  It’s not slow enough, and the next one doesn’t come out until January ;_;

I almost, almost declared this one DNF today along with Elijah Dart: Angel of Death, but I decided to stick with it.  I’m happy I borrowed this from the library instead of spending money on it though.  It’s similar to Redwall insofar as it has sentient animals, but in Brian Jacques’s series, there are no humans, and the rats of the newly named Nightshade City have to contend with us, known as Topsiders, as well as their own ilk terrorizing them.

I’m really interesting in one young female Clover, who’s been picked by the reprehensible High Minster Killdeer as his “chosen one.”  You can probably guess what that entails.  Since this is a mid-grade/YA novel, it’s merely implied and not stated, but old enough children reading this might ask some questions.

The war preparations in this book remind me a little of Mass Effect 3, probably because I’m watching a Let’s Play of Mass Effect 3.  Instead of the Reapers though, Feyre, Rhys, and crew are preparing to battle the King of Hybern, whom I keep wanting to call the King of Winter, because Hybernia…winter…you get it.  But there’s already a High Lord of the Winter Court named Kallias, so that wouldn’t be right.  Anyway Hybern wants to re-enslave humanity and bring back the elitist order where the High Fae continue to rule over the Lesser Fae, and since Rhysand used to be one of those Lesser Fae (as in Illyrian) and Feyre used to be human, you can guess how they feel about this.

Oh man, Ember and Garrett are in deep, as in love.  How is a dragon with a place forged in her society by higher powers and a soldier who’s been hunting and killing her kind his entire life ever going to work out?  Well, one, by being honest with each other, though neither of them can be of course.  How is the truth going to be revealed?  Only time will tell.  What I find interesting is how both of them were brainwashed and are being used by their respective organizations.  Neither of them have ever been allowed to just be teenagers, and that’s wholly unfair.

This is going to be one of those book series that I read, add, and buy just like The Raven Cycle.

I’ll be happy when I finish this.  I wish the poems were more cohesive.  I’m going to read The Prose Edda at some point.  Not right after since I don’t own it, but eventually.

No update this week, though she did just tag me in a tumblr post about fanfiction.  Curious.

Templars make me grumpy.  If someone risks their life to save your village, they can damn well sleep where they please.

The blurb says fans of GRRM would enjoy this, and it comes highly recommended.  Court politics are always delicious and delightful, and current ones make me sad.

The author just published this short story compendium last week and posted about it on her blog.  I felt it only fitting to add it to my TBR list. 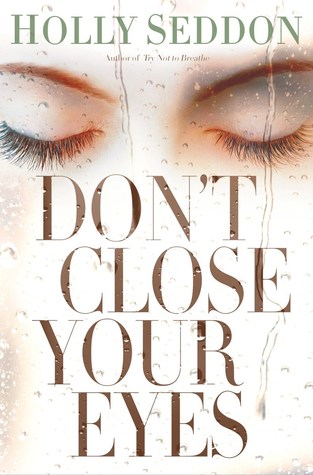 Another psychological thriller for my TBR list.  Here’s hoping it delivers a bit better than the last one I read.  Not that Silent Child was terrible, but the ending felt a little flat.