Alright, it’s time to get nasty…

Who is your least favorite main character? 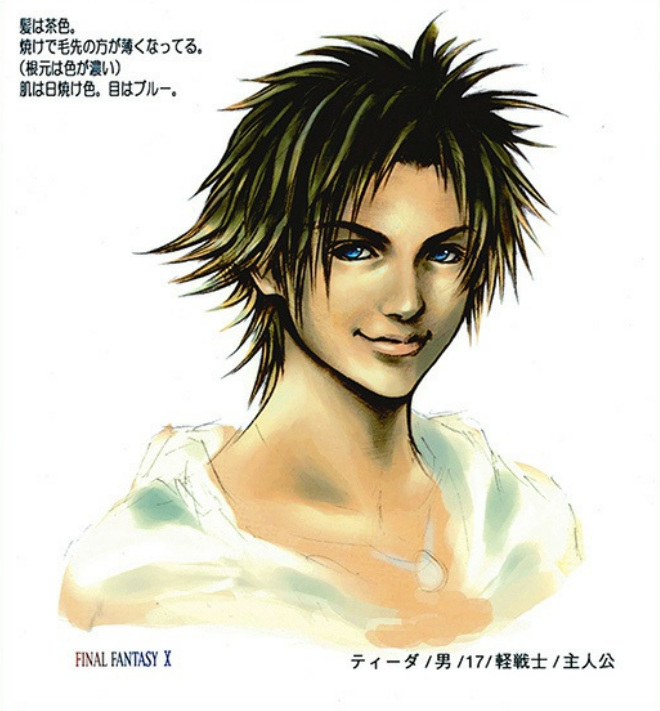 I’m sorry, but he’s annoying as fuck.  It’s not the stranger in a strange land motif, which is not only common, but often an integral part of the Monomyth/Hero’s Journey.  It’s also not the fact that he was sensitive as a child and had “daddy issues.”  I was and remain hypersensitive, and Tidus’s dad is a total douche nozzle.  My annoyance and dislike probably hinges on his voice/voice acting, and I know that’s incredibly shallow.

He’s also…kind of useless.  Okay, I concede that because he is a stranger in a strange land, he has no qualms about bucking tradition to question the faith (literally), because he *spoiler* falls in love with Yuna and doesn’t want her to die. *end spoiler*  Without his fresh insight, the cycle would’ve arguably continued as it always had, though as a counterpoint, there was Auron, *spoiler* the Unsent, *end spoiler* who knew the truth about Sin and that the summoner’s pilgrimage could have been avoided.  Then the narrative could’ve focused on Yuna (as it should have!) coming to realize the truth about Yevon and the Fayth without the shoehorned romance angle, since Auron already knew the truth.

Though without Tidus, we don’t have the time travel/time loop aspect, which is a throwback to the very first Final Fantasy.  Just…make Tidus a less annoying character.  At least he’s halfway decent in a fight *grumble*

What main character do you like the least?  Because this is a decidedly negative post, you must give some reasons for your dislike.  No just bashing characters and no flame wars.  There have to be reasons beyond “they suck!”  All of the regulars here are good, so I know you’ll present exemplary behavior for any noobies 😉