No progress this week.  I’m still at the school and still trying to find time to play.

I’m still at Walz Castle, but I managed to loot the basement and snag myself 3000 GP and an Elf Cloak.  That stupid harpy down there attacked me three or four times, but I was able to run away, though it killed/knocked out two of my characters.  I attempted to fight/obtain Shiva, but she and her cohorts kicked my ass even though I took the advice on GameFAQS of switching everyone to a Black Mage and casting Ice.  I’m going to do some leveling and give it another try.  I might look up another walkthrough and see if there are any more tips, or I may just continue on to Walz Tower and come back for her later.

I had some trouble yesterday with the game crashing during one of the new Vortex missions, the Aquapolis, even after I restarted the Kindle.  There was a nice long while where I wasn’t having this kind of trouble, but it seems like the instability is back.  I drew a TON of new characters though. I’m going to keep Gau (FFVI), Freya (FFIX), and maybe Sabin (FFVI).

Not much to say about the story line.  I’m on Dinardo, but I’m just traveling through the caves at the moment hoping to find a town.  I have a few Missions that center around this continent.

I looked up how to get the other endings, and it was as I suspected.  I haven’t had time to go back and obtain the items I need for it, but I’ll try to do that this week.

I haven’t watched any of this this week D:  I think I’m like three videos behind so that will be a nice half hour or so of catch up.

I have my progress at 88%, but I really only have one more video to watch for the main story.  The rest of them are DLCs.  I’m kind of heartbroken about what happened in the last video.  *Spoiler*  Admiral Anderson died ;_;  I loved his character, and I loved his father-like relationship to Shepherd.  His final line to her “You did good child…” ripped me apart.  I’ll have more to explore about this in my review, but yeah, the feels were real ya’ll *end spoiler* 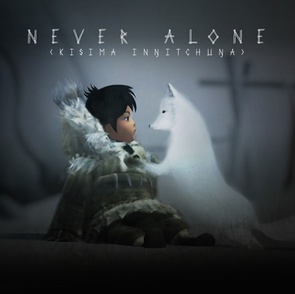 I’m happy the WRM’s review reminded me about this.  I saw the trailer for it game years ago (far longer ago than when I started doing these status posts), so of course I forgot about it.  The graphics look beautiful, and there’s a chapter that features the northern lights *dreamy eyes* 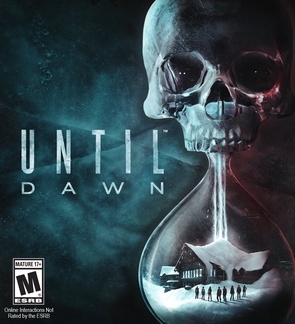 My husband started playing this the other day, and I looked like something I could get into, even though it’s a horror game.  It seems to be more point, click, and choice as opposed to action.  So long as I’m not being chased by anything that I myself need to run from (aka so long as I can close my eyes) I think I can handle it.  If not, to a Let’s Play!

I think I found a prospect for a new banner, so I’ll try to work on that this week.  Also, you’ll notice I have more details on the games I’ve added this week.  I’ve started updating this in draft daily, so I have more time for those details.  I’ve been trying to find a decent game organization app, but that appears to be nigh on impossible.  Most of them either want to charge you up front or charge you on the sly after you already have the app.  It’s irritating.  I like Grouvee, but I wish there was an app for it that tied in with the website similar to Goodreads.  Any suggestions would be most welcome!

So I  watched Castlevania on Netflix at the recommendation of my big brother who has yet to steer me wrong!  Holy shit was it amazing.  This is how a video game should be adapted to visual media, because games are generally far too involved to be fully explored in at most a three hour time frame.  It’s been green lit for another season with 12 episodes, which guarantees I’m not getting rid of Netflix anytime soon.  Also Alucard…

I didn’t know that his actual name is Adrian Tepes, which just makes him a thousand times cooler, because everyone with the name “Adrian” no matter how it’s spelled is awesome.  And he has a really long sword ♥♥♥