I was nominated for this half a year ago by real neat blogger herself Ignited Moth who posts include abundant book reviews (with a special emphasis on comics and graphic novels), her own gorgeous art, A Song of Ice and Fire/Game of Thrones (one of our mutual loves), and many other amazing things.  And I just have to steal her gif.

It’s taking me a little while to catch up on my award nominations and blogger tags, and since I have so many thanks to all you lovely people, I’m finding I need to pass on any duplicates at this point.  I certainly appreciate the accolades, you’re all drowning me with your kindness ♥ 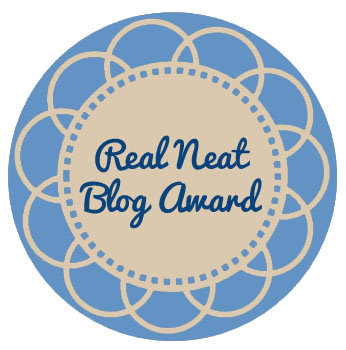 Thank and link the person who nominated you.

Answer the seven questions your nominator has provided.

Easy enough…sevens across the board 😉

1.) What is your favorite memory of 2016? – Can I say when it ended?  Is that too morbid?  I don’t think 2016 was a great year, but then a year is really just the time it takes this planet to circle its sun that we humans have imbued with arbitrary meaning (and yes I am fun at parties).  There’s also the fact that we’re more than halfway through 2017 (which also is pretty terrible…I’m seriously trying to avoid Facebook right now, because ugh), so it’s hard to weed out what happened in the past year from what happened currently.  Hm, hopefully, I’ll do better on the next question.

2.) If you could make a living in any profession (your absolute dream job) what would it be? – Writer.  No questions asked.

4.) If you could travel to any one place in the world right now where would it be? – England.  I’ve always wanted to go, and we nearly went to London a few years ago, but the finances just weren’t in place.

5.) Who is your favorite author? – George R. R. Martin writes my favorite book series A Song of Ice and Fire, so I suppose he could count as my favorite author, but I really think of it more as he writes my favorite book series (if that makes any sense).  Martin has said some problematic things, and while I like it when celebrities are playfully trollish, sometimes he comes off a bit harsh.  While I appreciate any writing advice given by a master of the craft and someone who’s achieved wild success, the fact that the advice varies from master to master says a great deal for the arbitrary and fickle nature of the publishing world (I’m including Stephen King in this assessment, too.  His advice about “never using adverbs” seems a bit too cut and dry).  Obviously talent is often involved in gleaming success (though not all the time), and it certainly is in Martin’s case, but there are many other factors that are often outside a writer’s control to contend with, which leaves many potential masterpieces undiscovered and an abundance of authors in the shadow of obscurity.  So though Martin writes my favorite series and second favorite story of all time, I’d have to say my favorite author (at least currently) is Grace Draven who wrote the Wraith Kings Series.

6.) What is your favorite mythical creature? – I don’t think angels count so I suppose I’ll go with vampires.  They’re close to as beautiful.

7.) What do you look most forward to in 2017? – I suppose I should go to 2018 at this point.  Finding time to improve my blog and get my YouTube channel underway.

The Writing Hufflepuff – I can’t have a Harry Potter question and not tag her!  She’s the Harry Potter guru whose blog is an utter and adorable delight.  I’ve added many a book and graphic novel to my ever expanding TBR list due to her recommendations.  In fact it’s arguable that she steered me in the direction of graphic novels, though someone else recommended Saga.

Getting Through Anxiety – A fellow writer I’m happy to support.  She has one mid-grade/YA novel out Rest in Piece and a book of short stories, Abstract Clarity, which I recently bought.  Like most authors, she’s always in the process of writing more!

By Hook or By Book – Another blogger who has contributed to my growing TBR shelf.  I hold her reviews in extremely high esteem and have even forgone reading some novels, because I trust her judgment that much (and I have way too many things to read).

Space, Time, and Raspberries – She’s currently and quite diligently posting an endearing story about snails, true love, and warfare (yes you read that right) as we speak, and I know I’m not the only person to benefit from her writing wisdom.  I especially appreciate how she inspired this idea 🙂

AmbiGaming – One of my best blogging friends and a brilliant essayist to boot.  I often check my blog subs on my phone during down time at work, but certain people I need to clear out some time for, because I need both the time to read/absorb and formulate an intelligent response.  Anyone whose posts require some is someone you should check out.

Comma Hangover – One of my latest follows and I’ve already added quite a few books due to her always prompt weekly updates and reviews!

Arkham Asylum – My literal maid of honor (no like really in my actual IRL wedding) who’s blog is a genuine and often raw account of her experiences with mental illness.  As someone who faces some of those demons as well, it’s a place of solidarity to both give and receive.

Always optional and open to everyone (not just those tagged).  Have at it!