I wrote The Broken Rose to be a realistic narrative about the aftermath of unspeakable abuse, and I used/borrowed the fantasy elements of the game to extend and increase the metaphor to horrific lengths.  I wanted to attempt to make the unimaginable imaginable in terms of having a character who couldn’t die/was constantly brought back (for reasons that I explain later) and who was horrendously abused for over a century with no hope of escape until she’s rescued by her once murderer.  I didn’t do this for the shock value, nor did I do it for the irony (though I’ll admit that’s one of the factors I love about the Aeriseph pairing), but rather to better show how all victims of such assault should be treated.  Of course Aeris’s situation after she’s found by Sephiroth is beyond ideal in terms of status and resources, but the mental, emotional, and psychological support don’t have to be, and, as mentioned before, this story was supposed to be a short precursor/practice for the original novel I’m planning to write during this year’s NaNoWriMo (friend me if you’re on the site!).

The problem is while I both insinuated and directly tackle some pretty horrific things, in many ways I equally sugarcoated more.  My realistic/logical brain kept needling me with this until my fingers were afire with writing out potential, more realistic situations and scenarios, and I’ll tell you right now…they’re not pretty.  It’s much more raw and much more real though the main plot of the story doesn’t change, just the details around it; however, I believe these details are important to fully show what poor Aeris goes through and is up against.

It was while I was editing Chapter 11, the second “letter” chapter that these thoughts really came to fruition, and I’m glad they did before Chapter 12 where something major and, arguably, the most controversial plot point of the story occurs.  Because I’m a “bottom up” writer in terms of the crafting (in terms of inception, I can and have thought of the ends of stories and how I’ll get there, but I have to write in order), I have to have the foundation of what I’m going to say before I say it so I know how to say it (what to potentially imply without giving away and whatnot), and with that being stated, I’ve come to a bit of a crossroads.

I have to tell you…I’m learning towards the latter.  I have this sense of uncompletion, and it’s bugging the hell out of me.  Of course I think about this a month and a half before the entire project goes on hiatus, and I attempt to write an original novel for NaNoWriMo, which I’m going to have to spend time prepping for in October so I’m ready for November.

So that’s where I’m at with this project.  Now, you will not be required to reread the earlier chapters to understand the rest of it if you’ve already done so, and you can just continue on with Chapter 11 when I post it.  I’m also not entirely rewriting chapters (or I’m not planning to); I’m adding more details to flesh out more about Aeris’s harrowing time, making the paradigm of hurt/comfort and showing the lengths Sephiroth will go to for her even more profound.

I do apologize if you were waiting for/looking forward to Chapter 11.  It’s going to be a bit longer on that now of course, but I’ll keep you updated with where I am and (mostly) what I’m doing with the story.  Though I don’t want to say I live for your disappointment… 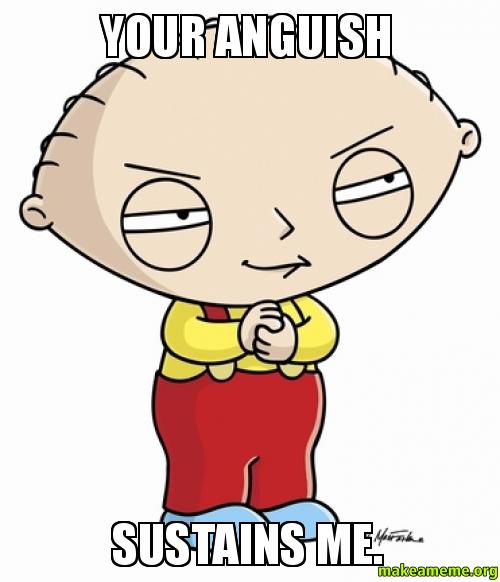 Quote: My general promises all the men living who hurt me will have their due.  Then something dark fills his emerald eyes.  It’s like that mist that we both carry, but he doesn’t want to look through his own.  He shuts them fast whenever that gathers to dispel it across the light, but I reach for it because it’s a promise that what happened to me wasn’t right.

I really haven’t started this; I’ve only set it up.  I’m not imagining it taking a long time to write up a review, and I should have it done before the end of the week.

Just on review added this week:

I finally finished summarizing the story, and I posted a link to Chris Odd’s last video, because the end of SOMA is absolutely gutting.  The analysis is up next, but before that I need to do a little bit of reading.  In my internet wanderings, I came across quite a lot of analyses and comparatives on this game, and some of the latter has given me food for thought and stories to read.   Either from the Reddit thread I found or the Defense of the WAU essay discovered through that, I need to…

…before I do my analysis.  This is probably going to be over 10k words, especially considering it took me more than 5500 to just summarize the story, which I might use to update the SOMA wiki if I’m so inclined.

I’m going to use this space to talk about blog updates, since I think it will help keep me on the ball with them similar to my Weekly Status posts.  There’s another huge blog project I want to start working on, and people in the know about it are already in the know, but I want to make sure my first house is clean before I build a new one, you know?  Updating this blog is a long term project that’s going to occur over the space of several weeks if not months.  So with that being said.

Updates Finished This Past Week:

There are a lot more updates that are needed, but I’m trying to break the issues down piecemeal instead of tackling the beast all at once.