What’s the scariest dungeon or locale?

Hm, let’s do like I did last week and figure out some contenders per game.  I’m too sleepy and busy to use pictures so you will have to utilize your

I’m aware of the irony of claiming I have no time for pictures, while posting a gif.

Final Fantasy IV – The Moon.  Dat creepy music tho (I talked about that particular factor last week).  The “surface” cave system with the alien blob enemies don’t do much to help tame the eerie aesthetic.

Final Fantasy VI – The Sealed Gate.  Not the cave mind you, the Gate itself, that portal that just seems to be floated menacingly in the distance.  The Esper world isn’t creepy at all, but they may want to look into redesigning their vestibule (or not considering it’s a gigantic keep out sign).  Bonus points for Doom Gaze, though he’s not a location, but rather a monster that shows up in a location: the sky. 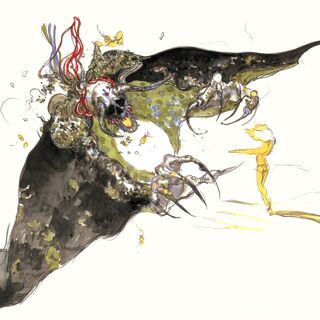 Though this is obviously Amano’s artwork, the 16 bit rendering isn’t far off!

Final Fantasy VII – Any scene involving Jenova.  No, I’m serious.  When you first see it in the Nibelheim Reactor.  Actually…fuck that, the “eye nipple” scene when Cloud looks through that glass.  Also the other pods in the reactor, the one Sephiroth looks into, telling “Cloud” that Hojo put people into them in order to turn them into monsters.  The basement of the Shinra Mansion, not even necessarily the library, but that hallway where you find the room with Vincent’s coffin.  The first time you see the Emerald Weapon and it’s just a gigantic eye that opens then closes again.  I nearly shit my pants the first time I saw that.  The Shinra Tower when you’re following that trail of blood.  The Great Northern Cavern.  An alien crashed there millennium ago, an alien that feeds off of the life energy of planets, and now it’s manipulated/corrupted “son” has returned to that spot in order to finish the work started all those centuries before.

Final Fantasy VIII – Tears’ Point.  Holy shit.  I hate that location.  I don’t know what it is about it, the creepy cube/pods that react to the Lunatic Pandora, the statue that “weeps” stone tears when it cracks.  I just looks like a foreboding place, and the music doesn’t help.  There’s a draw point there that I always rush to go to, because there’s something not right about that locale.

Final Fantasy IX – The Iifa Tree.  Corrupt the Tree of Life and give TSN nightmares.  I think the worst is when you get to the bottom and you see what looks like Lifestream below and then the boss just pops up, and he’s s hoffirying looking mother fucker o.O 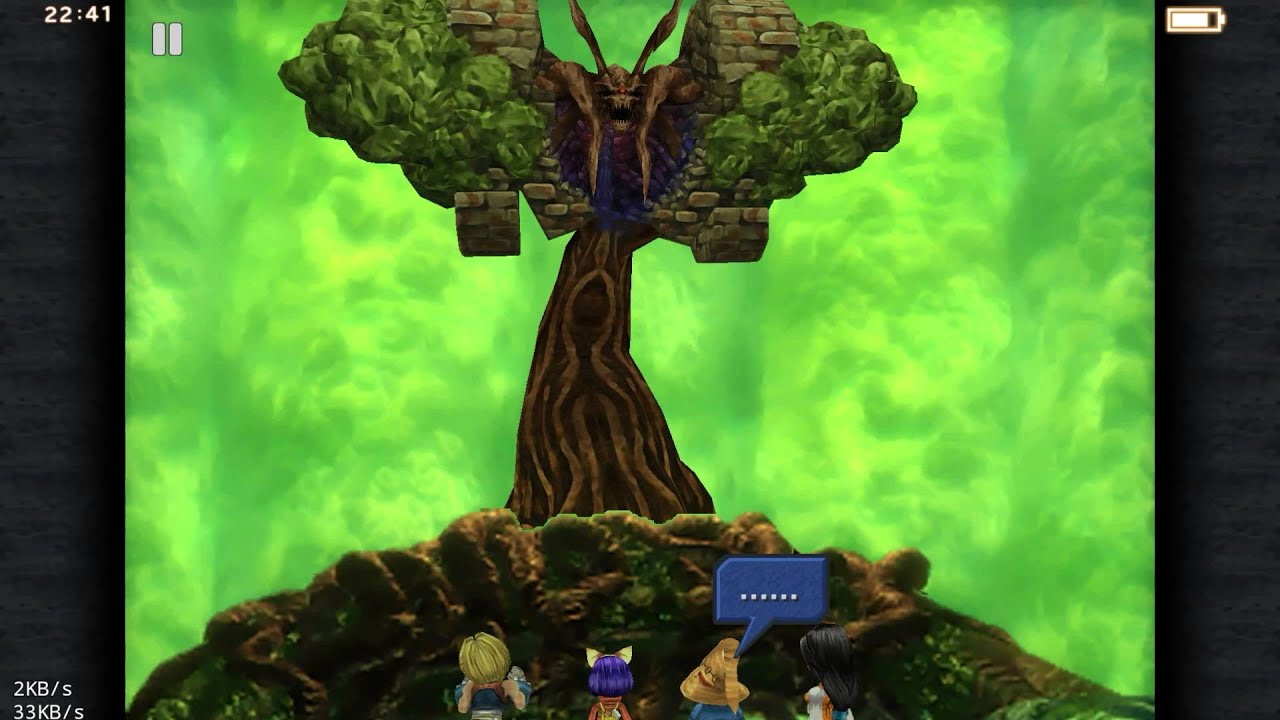 Does he kind of have a Jenova look to him or am I just to super obsessed with FFVII? Not entirely, but the basic form?

I really need to apologize to all of the later Final Fantasy lovers, because I always get too tired at this point and/or can’t think of specific examples.  I’m sure FFX has them, but I can’t dredge one up.  I know XII has them and that one I do know, but it’s more of a more nebulous memory where I ran into this terrifying enemy that kicked my ass.  I know who I can count on to talk to me about XIII 😉 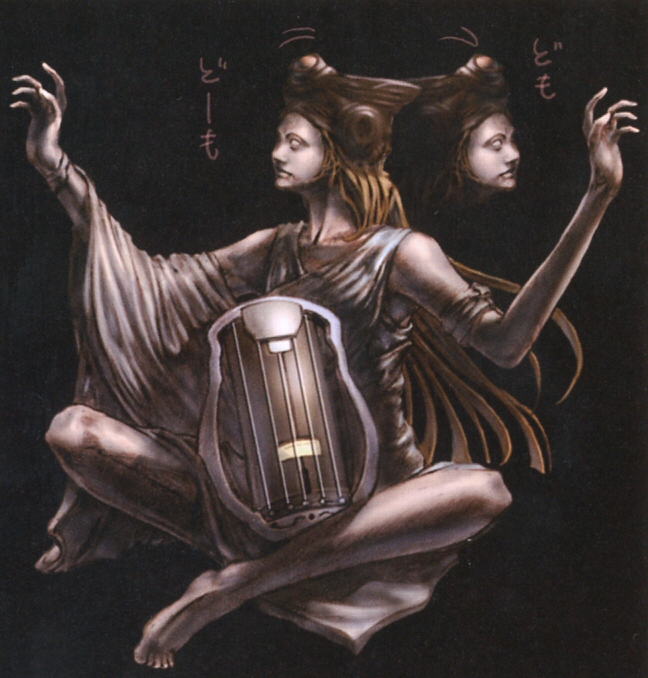 Surprised?  Final Fantasy VII had so many eerie places in it.  For VIII that paradigm wasn’t as prevalent, but Tears Point always unsettled me whereas FFVII is generally unsettling by design.  VIII is, too, but it’s less blatant with it until later on.

Give me your creepy Final Fantasy locales or scary video game ones in general.  There is no need to send me links to pics of Mother Brain thank you very much, though “she” would go more with last week’s post.  I should do one of these for Zelda actually *thinking*

Looking forward to your comments!