I mean…yeah, I finished it, but I’m not finished with it.  The answer to what the hell those grey boxes are has been answered, and the ending was cute if cliched.  Not just Mario game cliched, but annoying romance tropes cliched.  It’s okay though.  I love Bowser.  I need to collect like 30 more moons in the after game before I can do anything else, but I’m in a pretty cool location, and I’ll have more to say about this below…

Still in the Fetid Necropolis.  I haven’t been playing as much, but I’m still enjoying myself even though I wish I knew characters stopped gaining levels after 70…which is a little annoying.  If you don’t level, you don’t gain any more Custom Ability points, and I still have plenty of places to put them.  The Google led me to the Game FAQS forum whereas I found you don’t start leveling up again until the end of the main game!  WTF?  You have to fight/defeat these hella tough dragons on the 6th floor that give you 10 levels a piece.  To be honest…this might be the reason I haven’t really played that much.  I want to switch out the Level 70 characters with those lower, but they’re also kind of my best characters, and the 3rd stratum is pretty tough.  I’m not abandoning the game, but I’ll need to figure out some alternative strategies. 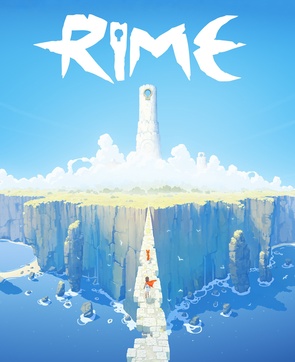 God bless the local library, which now allows the free rental of games.  I suppose it’s more borrowing as opposed to renting now, though you can only keep them for a week with one renewal, so technically two weeks.  I picked it up last Tuesday, but only got to play it last night, and holy shit is it beautiful.  You’re this little, brown kid who gets washed up on a seemingly deserted island, but as you explore, you find these glowing statues that you can “activate” with your voice.  As you do so, you’ll gain parts of a melody/lullaby, and there are other collectibles.  I like that if you “die,” the game starts you right from the cliff you fell off of, and so far the puzzles don’t seem to be too terrible.  Also the northern lights. 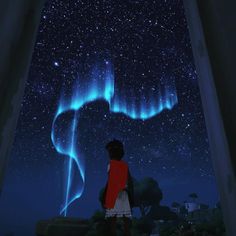 The soundtrack is exquisite with the music swelling every time you find a statue, but even the ambient BGM is soul piercing.  Even if I do manage to finish the game before it’s due back, I’ll more than likely still wind up adding it to my collection.  The potential for additional exploration and the music give it excellent replay value.

I think I booted it up to see if Sephiroth was available for summon yet (he wasn’t) then did a quick run through of my notifications.  There are a few I need to clear out before their month is up.  FFBE is a bit annoying in that if there’s anything you’re over that’s given to you in a notification, you can’t collect any of it.  I’m almost always full on NRG, because I don’t play enough, and there are two rewards that contain additional.  This means I have to expend enough then use enough of the 10 NRG refills to make enough room.  I wish you could just sell or get rid of your excess.  I should really do this, because the rewards come with summon tickets, and I’ve been hoarding, and the more I have the more chance there will be that I’ll score the Great General upon his advent ♥

I’d heard harsh reviews of the battle system, and I can see why, but this game was a hell of a lot of fun to watch.  The dialogue was witty, the non-battle sections were well done, and even the battle mechanic, while a little odd, was still creatively constructed.  I think I would’ve had consistent base cards like Jump and Hammer that you have all the time, so you’d only need paint, but you could pick up additional, specialized cards for stronger attacks. I don’t think Mario should need a card to be able to do a basic attack since he already has his hammer and, well, shoes.  I definitely liked the Thing cards (not John Carpenter’s, thank God…), and just the tongue-in-cheek handling of the 2D paper world in general was so clever.

This is yet another game that’s only (currently) available on the Wii U (along with Xenoblade Chronicles X, Captain Toad: Treasure Tracker, Tokyo Mirage Sessions #FE, and a few others).  I’m hoping Nintendo will port them over to the Switch because that would be the wise thing to do.

Don’t judge me!  I finished playing the game myself, and then after I finished watching Oliz play Color Splash, I figured I’d watch him play through Odyssey and maybe get some tips on additional moons.  Boy did I ever.  He found so many more moons than I did on his first run through, and even though his normal Mario fare is the RPGs, he’s a better platformer than me, and he doesn’t give up on the hard boards as easily as I do.  It also turns out that there are usually two moons in an enclosed area.  I have a lot of backtracking to do.  I’m going to try to win at least one of the races in the Mushroom Kingdom, though I’m not very good at that, and since I have the game on Easy Mode, I should be able to do the picture boss fights, which are more challenging, but EM gives you six hits AND refills you if you run around enough.

I didn’t buy anything in the past two weeks, but what I received more than makes up for it.  Holy shit, my friends are generous.  For a ridiculously reasonable price Cheap Boss Attack sent me:

And then Hailstorm David sent me the game his company made:

All just for sending him a Christmas card!  I did not know he was one of the makers of this horror title, but that’s so kick ass cool ♥  Wait, do I only know him from Twitter??  I swore he was a Blogger Buddy!  Well I’ll put that as the link.  I’m going to be super embarrassed if I’m just forgetting the WP site…

What have you played lately?  What are you excited to play?  Are you doing Four in February?    I’d like to, but I’m notoriously bad at finishing games.  I suppose I could play games I know I’ll finish.  Sound off in the comments!