END_OF_DOCUMENT_TOKEN_TO_BE_REPLACED

Ugh…the Games Alive list posted in February because I accidentally published it back then before it was completed.  I forgot WordPress keeps the original publication date unless you schedule it.  I was wondering why the hell I wasn’t seeing it recently. 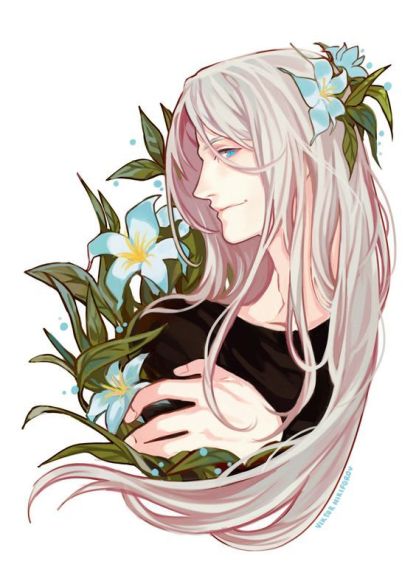 My hunt for this picture’s source revealed that this is not technically one of Sephiroth, but rather of someone else who shares similar features.  I think it looks a great deal like him with blue lilies in his hair, so I’m going to allow it.

Something very interesting happened to me recently.  I received a contact from someone who thought I was the author of The Broken Orrery, the best written fanfiction I’ve ever read, written CymbelinesHalo.  It’s been over a year since she updated, and the message I received asked if I was the author as they implored me to please remedy this.  I was quite flattered that someone had mistaken me for this writing genius, but I had to set the record straight and inform them that I was the author of Northern Lights (TBR isnt on Fanfiction.net; it’s way outside of their draconian censorship stipulations), and I, too, was waiting with bated breath for TBO to be updated.  They haven’t gotten back to me, so I hope their disappointment wasn’t too heartfelt.

END_OF_DOCUMENT_TOKEN_TO_BE_REPLACED 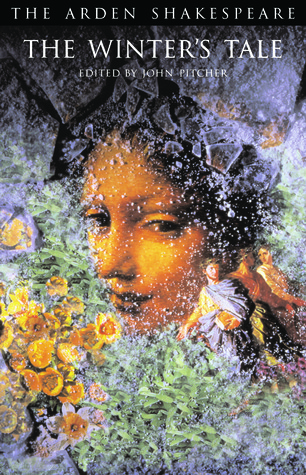 One of Shakespeare’s later plays, best described as a tragic-comedy, the play falls into two distinct parts. In the first Leontes is thrown into a jealous rage by his suspicions of his wife Hermione and his best-friend, and imprisons her and orders that her new born daughter be left to perish. The second half is a pastoral comedy with the “lost” daughter Perdita having been rescued by shepherds and now in love with a young prince. The play ends with former lovers and friends reunited after the apparently miraculous resurrection of Hermione.

The cover I used above is not the cover of the version I read, but since that one is boring (it’s just the play’s title and the Bard’s name on white a green.  Oh hell…

See.  Boring), I decided to use a festive piece.

The Winter’s Tale has a tragic/dramatic beginning and a comedic end, comedy, in cases like this, meaning there’s a happily resolved romance, as opposed to his more famous Romeo and Juliet, which while possessing a romantic element (if you want to call it that…), is generally classified a tragedy.  I’m unsure how comedy and romance became conflated, but in examining The Seven Basic Plots, that is how it’s described.

Hero and Heroine are destined to get together, but a dark force is preventing them from doing so; the story conspires to make the dark force repent, and suddenly the Hero and Heroine are free to get together. This is part of a cascade of effects that shows everyone for who they really are, and allows two or more other relationships to correctly form.

END_OF_DOCUMENT_TOKEN_TO_BE_REPLACED

This counts as a “What I Played” in terms of I played it for maybe twenty minutes the other day.  I’d love to keep up with this daily since you’re given rewards every time you log on, and it would be easier to keep up with the story, but I just don’t.  There are still a bunch of characters I haven’t found yet, and I know this because on some of the expeditions you need to have a particular one, and alas, I do not.

END_OF_DOCUMENT_TOKEN_TO_BE_REPLACED

First, I have to apologize for missing the last Final Fantasy Friday.  Circumstances out of my control made it so that I wasn’t home in order to make the post.  It was kind of a bloodbath, but I did emerge victorious.  I’m not giving up a series about my favorite game franchise, so never worry about that.

With that out of the way, I have been trying to do “easier” questions, as in ones that won’t take me too much time to answer, because there is a ton going on.  I have more complex/detailed questions to put out, but for now, I’m going to stick with the single answer ones.  With that…