I found my way back to the sewers with Agent Reyes (the woman), but I turned it off and saved before I did much.  I still love the witty dialogue and repartee between the two agents; I just haven’t had much chance to play it.  I need to find some mushroom down there for the fortune teller, and I still have to locate a bunch of people to talk to.

I’m finally caught up with this!  Well…I was until yesterday when a new video came up hehe.  It gives me something to watch this evening while eating dinner.  I’m on the fence with whether or not I’m going to play it myself.  I really, really like the details you’re forced to take (weird right?), because there’s something so satisfying about resolving a quest you heard about earlier and having the information to resolve it.  Plus I have a love of spreadsheets and using them to accomplish tasks.  I think I may even have picked this game up on GOG.com because it was free.

The more colossi that fall, the more questions I have about the whole thing.  I did find it chuckle worthy that there was a colossus with “Aeris” in its name that you had to stab multiple times in the back mwahaha #imterrible That one in particular was completely passive, and there have been others like that or ones who only retaliate when you attack.  These creatures pose no discernible threat, yet Wander is killing them.  Granted, it’s to save who is presumably his lady love, and while the price may be worth it to him, is it really fair for others to be sacrificed?  I can’t wait to find out what’s really going on and whether or not Dormin has its own agenda. 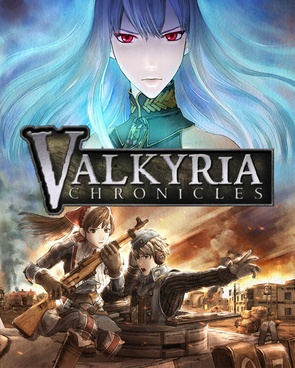 My coworker gave me this game after I lent him my Super Mario Odyssey.  It seems familiar, but I’ve really never heard of it lol.  The title sounds like Valkyrie Profile, which is probably why I think this way.  I’m all about stragegy RPGs, and I’m hoping to pop it in my PS3 this weekend, since I have nothing planned!

How goes gaming life for you fine people?  Have any of you played Valkyria Chronicles?  Am I going to be happy with my acquisition?  I’m very close to finishing the LP of Shadow of the Colossus, after which I’m going to watch the last Mario & Luigi game, and I can also start working on my review of all three of the Ico titles.  Let me know what you’ve been up to these past few weeks in the comments!