The Tag Catch Up Project continues.  I’ve also been deleting some of the older ones that I wasn’t directly tagged in that are sadly out of date (like one for 2017.  I’m seriously that late, alas), so there’s less to get through, but you know a narcissist like me can’t resist talking about her own writing so here we are.  This was found on Pretty Deadly Reviews, which consists of a duo of bloggers who are both very pretty and very deadly exactly as they claim.  I’m glad they left this tag open for anyone to snatch up.

I’m working on several thing as most of you know, but for this I’m going to use the original novel I started working for NaNoWriMo 2017.  I’m hoping the more I write about it, the harder I’ll try to figure out when I can actually work on it.

1. What is the working title of your book?

The High Archon.  It was originally called The High Lord, but the character who owns that title is much more than a lord (high or not).  I usually figure out a title before I start writing, but this one might possibly change since the story’s focus is technically on another character, but the titular one is important, too.  I’ll make that determination when I start writing.

2. Where did the idea come from?

This story is the reason I wrote The Broken Rose to go into overdrive on the horrible paradigm I needed to write about, but the characters have been with me for a very long time.  They’re from the first novel I wrote that’s still unpublished just in slightly different roles.  I love to shuffle around character roles and motifs.  It gives me something familiar to work with in different settings.  This may also be why I love writing fanfiction so much.  Creating “what if” situations for familiar characters is an enjoyable mental exercise.

3. What genre does your book fall under?

It’s a high (and potentially dark) fantasy and paranormal romance.

4. Which actors would play your characters in the movie adaptation?

Hm, that’s tough.  I definitely know what the main male character looks like, and I was fortunate enough to actually find a picture on Pinterest that damn near perfectly captures his face.

He’s supposed to look like a gothic angel, because he…kind of is a gothic angel (which is pretty indistinguishable from a vampire but eh?).  If I had to pick an actor, probably Lee Pace who plays Thranduil in the Hobbit movies or the actor who plays Prince Nuada in Hellboy: The Golden Army.

The main female character is harder for find for some reason.  She looks like a beautiful, gothic doll, but she’s not gothic like he is?  She has dark, wispy hair and porcelain skin, but she’s not really doing the goth thing in nature.  This was the closest I could find. 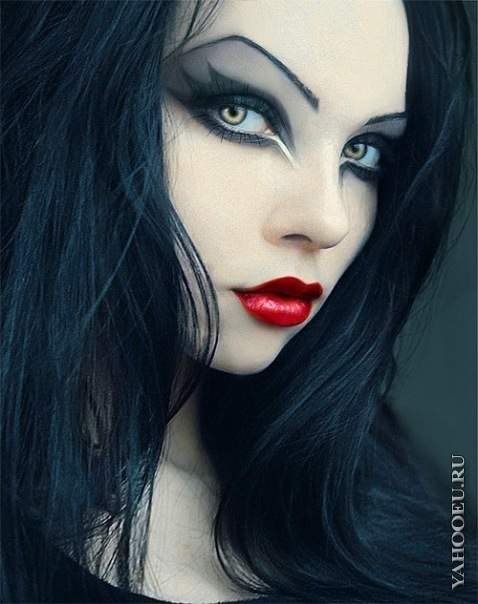 The second one is actually closer, but the first showcases the stereotypical innocent look.  Both pictures capture the way I envision her face if not the accoutrements that go along with it.

5. What is the one-sentence synopsis of your book?

I hate these with a passion.  Back when I was shopping my first novel out to agents, you were supposed to use a hook, which is essentially a one sentence synopsis.  I can’t tell you how many I thought of, but I can tell you that none of them got me what I wanted.  It’s so hard to put the entire premise of a story into one sentence.  I started practicing with my favorite e.g. Final Fantasy VII, Sweeney Todd, Frozen, etc. just to work with something familiar.  Thankfully, I’ve already thought of one for the WIP.  My problem is it sounds way more misogynistic/sexist than the story is, especially since the novel is anathema to that.

“Maya’s destiny is threatened when the brutal act of a coward leaves her forever scarred; now she harbors a terrible secret that could ruin a once beautiful future and condemn the maid to torture in the blackest of cells.”

It’s a rough blurb and I haven’t even written the story yet, so I’m not overly concerned.

7. How long did it take you to write the first draft?

I haven’t really started it yet.  I’ve maybe written 10k words, but I’m not sure since it’s only handwritten right now.  Most novels take me about a year to a year and a half to write than six months to a year to edit.

8. What other books will you compare your book to?

I really haven’t thought about that.  With The Serpent’s Tale, Northern Lights, and The Broken Rose I have mile long lists, but I think because I haven’t really started this one yet, I don’t really have anything.  There’s definitely some of Robin McKinley’s Deerskin in it (without the incest), and I tend to use a lot of references to fairy tales and myths (Snow White being one of my favorites).

9. Who or what inspired you to write this book?

I wanted to write a story that showed how victims of sexual assault should be treated.  In this times especially, I fully believe narratives such as this are more than necessary.

10. What else about your book might pique a reader’s interest?

You get to see if I’m able to pull of writing about a world in a Golden Age and not have it be terribly boring but still believable.  Again, since I haven’t even started it, I have no idea what’s going to wind up on the page.  I just have an idea, an outline, and a sleepless desire to work on it.

Do  you have a WIP you want to talk about?  Feel free to steal this post!