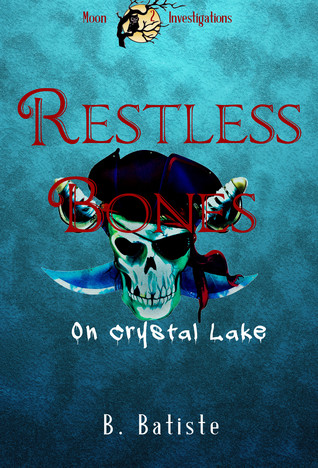 I thought this was a graphic novel, and I have no idea why, so imagine my surprise when I picked it up from the library.  No matter.  I can read four books at a time instead of three and a graphic novel.  The main character Alexia Tarabotti has no soul, but it doesn’t seem to affect her personality or caustic wit, and it’s an advantage in a Victorian London full of vampires and werewolves.  Among them she’s politely known as preternatural and more bluntly as soul sucker.  Her lack cancels out supernatural powers, which causes questions to arise when she kills a strange vampire in self defense.

I was a little skeptical about this due to some, I suppose I’ll call it, Victorian misogyny and how Alexia constantly fixates on her spinster status, huge nose, and too dark skin (her father was Italian).  I’m fine with it being established, but it’s constantly brought up.  Thankfully, Carriger’s witty writing and the amazing chemistry between Miss Tarabotti and Lord Maccon, the local alpha, more than makes up for this.  I think I’ll enjoy this and more than likely continue with the series.

The more John tries to push his religion on the completely uninterested, the more annoying he becomes, but I think the turn around is coming.

Oh my god.  I finished the first part and holy shit were there some amazing revelations.  I know this is a really old novel, but since I didn’t know these things, I don’t want to potentially give it away for anyone else.  I can see why some Dune fans accuse George Lucas of stealing from Frank Herbert, but I don’t see it that way.  Are there similar paradigms?  Hell yes.  Paul Atriedes is clearly a huge inspiration for Luke Skywalker, but many of the paradigms are universal.  I’m waiting until I finish to say more, but I feel I’ll have a lot to say.

I apologize for no kitty pictures this week, but I’m too tired to post one.  I called out yesterday, and Cid spent the entire day checking up on me.  He then knocked over the curtains in my bedroom.  He’s a freaking menace ♥

I’m now two books behind.  I think my next will be a graphic novel so I can make up some books.  I do read about two chapters a day, but I did set a pretty high number of books.  I might bump it down to 30 if necessary.

What have you been reading?