There were definitely aspects of the  game I enjoyed.  I was pleasantly shocked at how well the Rabbids were incorporated into the Mario world.  They always came off as a bit annoying to me (like the Minions seem to most people), but this crossover worked surprisingly well.  Even the story that goes along with how it came about makes sense.  I wasn’t too fond of the battle system, which isn’t a slight on its part.  It’s just not for me.  It’s also possible I wasn’t doing it in the most efficient way, but c’est la vie?  I’m going to return the title to my coworker with thanks for lending it to me, and I think I’ll find a nice LP to watch since I am interested in where things go.

I decided to do some house cleaning and declare the games I know I’m not planning on picking up again any time soon DNF.  The last entry for this was in February where I was bemoaning the fact that leveling stopped at 70.  That really pissed me off, because I’m maybe halfway through the game, and you can’t start gaining levels again until you beat it and defeat some dragon or dragons.  I dislike when games have level caps like that, because if you don’t gain levels, you can’t learn any more abilities.  I’m not axing the entire series though, because I greatly enjoyed what I played, and I’d still like to check out Millennium Girl, but I hope they’ve remedied that level cap.

This is a cute little game that I just never went back to.  The gameplay was a bit repetitive, though I think the end might have had a payoff for it when you find out what happened to the humans aboard the spaceship, but I’ve seen enough sci-fi to hazard a guess. 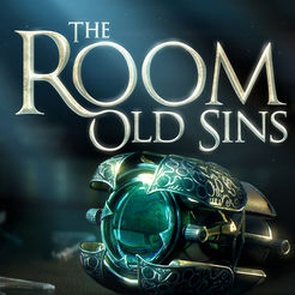 I love this game series so hard.  It just gets everything right from the eerie atmosphere with its hidden letters to its clever but not impossible puzzles.  You want to feel like you’ve accomplished something, but you don’t want the solution to be completely out of left field.  That was one of the issues I had with Thimbleweed Park.  Old Sins thankfully did not suffer from anything like that.  The solutions made perfect sense.  The times I might become stuck had more to do with knowing whether or not I needed to look inside or outside the dollhouse, and because multiple rooms could be in play at one time, it could become somewhat confusing.  Since solving something in one room might necessitate going to another, you had to keep your wits about you to keep up…or use a hint lol. 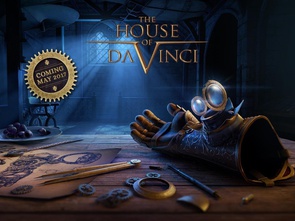 More point & click goodness!  After I finished Old Sins I desperately wanted another one to play, and this was the recommendation.  I bought the demo first and liked it enough to spend $5.00.  It’s very similar to The Room Series even down to the ocular device so if you liked that, you’ll like this.

I may actually finish a Final Fantasy in less than a year!  I’ve arrived on the continent with Vector after completing the opera (arguably the best scene in the game), and hoo boy has 20+ years of life experience changed my point of view on that, Locke, Setzer, and Celes’ general treatment from when I was a teenager.  She’s a general.  She’s declared this herself a number of times when people questioned her about Locke, and it’s not that I have an issue with her being an opera diva because of her rank, but in replay, no one even gave her a choice.  Locke and the impressario decided that she’d take the place of Maria without any input from the Celes.  What the fuck is that?  I’m not even going to go into the Abduction as Romance trope right now (you can click on that link if you want an excellent examination of the motif).  I have to save something for my review.  None of this is to say I dislike Final Fantasy VI.  Far from it!  I still love it, and best believe I’ll have critiques just as harsh for my beloved FFVII.

My next stop is going to be Albrook.  I’m trying to hit all of the towns on Vector’s continent.  I actually didn’t realize you could visit them *spoiler* in the World of Balance *end spoiler* so I’m taking advantage of it.  I may need to grind for GP, but I’m probably over-leveled at this point, which is just the way I like it before the Magitek Research Facility 🙂

I’m wondering if I can actually catch up to the story.  I’m trying to play a little bit of that every day.  It’s so much easier now that I have access to it on my iPhone since I can play before bed, and I don’t have to worry about the app crashing now.  I keep dying trying to upgrade my Espers to three stars and looking up how to defeat any of them is not yielding any viable results.  I need characters and abilities far beyond what I have like at least 150% fire absorption for Ifrit.  I don’t know where to find that or what characters might have it lol.  I guess this is what comes of being a more casual player lol.

What an arduous quest.  I’ve never seen a game like this before.  It’s not about defeating some great evil; it’s about bettering yourself by becoming the avatar and boy is it complicated!  I’m so tempted by the need to use a spreadsheet, because I love that shit lol. I use spreadsheets quite a bit with Final Fantasies, but that’s more to keep track of who might have what magic (especially in FFVIII).  This game requires you to keep detailed notes if you want to make any progress, and Hungry Goriya is an expert at that (it’s bleeding over into her stream of Illusion of Gaia, but we’ll discuss that below lol).  I own this game as well as several other Ultimas through Gog.com.  They were just too cheap to pass up (literally $0.89 a piece), so hopefully I’ll be taking my own avatar question soon.

The valley girl accent with Krile is getting really fucking annoying, but I’m almost done with the Let’s Play.  I think there are only a few more side quests to do before the end game.

I think after this I want to watch an LP of Final Fantasy IV: The After Years, because I never finished the game myself.  Chronos has one…but I might see if I can find someone else.  He’s okay, but (and I’m going to sound like an ass) he doesn’t always read the dialogue correctly, which is fine, but he kind of brushes it off as NBD.  It’s not as bad as the complete lack of caring from another and much larger LPer, but…I don’t know.  I think dialogue is important, and while of course the pronunciations in these games can be tricky, it is something you could look up

I’m already watching the stream (live when I can) that HG posts to YouTube, and I’m also going to watch the Let’s Play.  I forgot how much I enjoyed this game, though there are parts that definitely creep me out hard core.  There’s this eerie music that plays at certain points that only heightens the scare factor.  It’s one of the few action RPGs I really enjoyed, probably because of Freedan ♥

I never beat it, because I never got past Mu, but I have fond memories of the game; it was certainly enjoyable and watching HG play it brightens my day.

Whew!  I had so much freaking house cleaning to do before posting this.  I hadn’t updated my spreadsheet with what I’d been watching, playing, or buying, so I spent about an hour doing that.  I also wanted to take those three games off my On Hold list, because I’m not going to play them again any time soon.  I kept Assassin’s Creed: Origins, because I do plan to play that again though I have to start over since I began it on my husband’s PS4 and I now have my own.  Plus he needed the room, and I told him to delete my file for the fore mentioned reason.  I’m not sure when I’m going to get to it, because I want to keep up with my FF Project, but I might start it after I finish VI while I’m writing the review.  I’m planning to watch The After Years, er, after I finish V because it just makes sense to watch ones I’m planning to watch while I’m playing.  I’ll probably do the same thing with FFVII since I don’t have plans to play Dirge of Cerberus since it’s action based.  Maybe I’ll prepare my ears and try to get through Crisis Core again.  Gah…I wish they’d just re-release it with the option of Japanese subtitles so I wouldn’t have to be subjected to Aeris’s god awful voice acting.

What E3 game are you most looking forward to?  I’m firmly in the Ori and the Will of the Wisps camp. I can’t wait for that to drop.