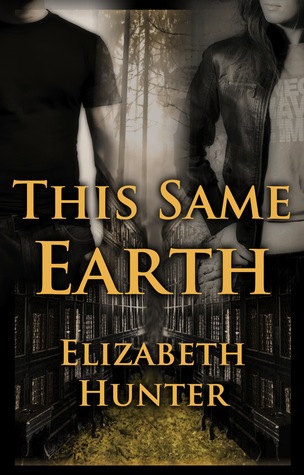 Beatrice De Novo thought she had left the supernatural world behind…for the most part. But when the past becomes the present, will she leave her quiet life in Los Angeles to follow a mystery she thought had abandoned her? Where has Giovanni Vecchio been, and why has he returned? Giovanni has his own questions, and he’s looking to her for answers.

The sequel to A Hidden Fire will reunite Beatrice and Giovanni to continue their search through the past while both wrestle with the future. When the world as you knew it has changed forever, is there any way you can turn back?

I read the first book A Hidden Fire years ago, but never managed to review it.  It was a refreshing deviation from other vampire paranormal romances where the main characters were actually right for each other despite their distance in years.  Beatrice De Novo is a librarian, so by nature of that occupational mindset, she meshed well with Giovanni Vecchio’s scholarly pursuits, even though he’s centuries older.  This is far less creepy than a 200 year old going after a high school student.  Librarians, historians, and other of that ilk would have the intellectual capacity to intrigue someone hundreds of years their senior.  Appearances may fade (at least for mortals), but good conversation is eternal.

I expected the second book to continue Gio and Bea’s relationship as the series moved onto the next elemental, earth, with a focus on Gio’s (literal) longtime friend Carwyn who has an affinity for that element to Gio’s fire.  Unfortunately, I never reached that point.  I’m as pissed as Bea in the beginning of the novel when she receives an invitation from Giovanni to stay at one of his estates, but he never shows up himself.  Initially, she expects him to appear with an explanation for his lateness, but she finds nothing but an empty journal where she records her thoughts and feelings on this slight.  The follow year she receives another invitation, and she once again goes, prepared to tell Giovanni off for what he did to her the prior, but again any verbal assault is thwarted because the vampire never shows up.  She knows he was there after her departure, because the old journal is gone and a fresh one awaits.  Her entries become more like notes to herself even though they’re written to him where she talks about her life, which eventually includes a live-in boyfriend.  When the invitation arrives for the third year in a row. Beatrice begins to just see them as a (free) vacation though she continues to hope Gio will turn up.  This goes on for two more years until she finally writes, “Fuck you” in the expensive notebook and moves on with her life.  When Giovanni eventually does show up, Beatrice is understandably pissed, and he does absolutely nothing to defuse her anger.  He offers no explanation for how he treated her, and it honestly feels like he was just using her as a test subject to see how she’d react.

I think five years ago I would’ve liked this book as I enjoyed the first, but now that I’m older, wiser, and more “woke,” I abhor the way Gio acts.  He’s extremely manipulative and treats Bea like she’s his property to do with as he wishes.  He doesn’t respect her justifiable anger or the fact she has a life outside of “vampire stuff.”  He goes incognito for five years, yet when he returns, he expects her to be at his beck and call when Bea actively tried to move on with her life.  It was really disgusting, and I was hoping there’d be some retribution and/or adequate call out in later chapters.  Sadly, like Beatrice, I was disappointed.

I declared this DNF because I hated the way Gio behaved, and I’m now wondering if it was this bad in the first, but I wasn’t aware enough to notice it.  He’s dismissive of her “normal human life,” including current relationship, and ignores both her verbal and physical signs that she’s not interested in him either because she has a boyfriend or she didn’t appreciated being dicked around for half a decade.  Giovanni sees her anger as “cute,” and he doesn’t respect her boundaries when she tells her to stop.  It’s disrespectful, icky, and very indicative of the horrible Abduction as Romance trope where the man just has to keep pushing and pushing until he wears the woman down.  She’s not her own person; she’s a prize that must be won.

While the fist book certainly had Gio acting possessive, it was presented as a way to keep Beatrice safe from other vampires, since that’s something they’d respect.  Though now that I’m thinking about it…that paradigm is still a bit fucked up, but I’d be sliding even more into hypocrite territory if I called it out too loudly. There’s still a sliminess to it that I think could be quelled if it was shown to affect more than just gender.  I mean seriously…besides possibly Adventure Time, are there any paranormal romances where the vampire is female and the human is male?

This novel had a great deal of potential, but if fell short due to reliance on trite and sexist tropes.