This year or of all time?  So far this year I’m torn between A Reaper at the Gates, the latest in Sabaa Tahir’s An Ember in the Ashes series, and Peddling Doomsday by Petra Jacob, one of my blogger buddies.

It’s hard to pick one favorite book, but The Last Unicorn by Peter S. Beagle, Deerskin by Robin McKinley, Winter’s Tale by Mark Helprin, Radiance and Eidolon by Grace Draven, and The Fault in Our Stars by John Green are up for the fiction/fantasy.  My favorite non-fiction/reference is The Hero With a Thousand Faces by Joseph Campbell, which I want to re-read before the end of the year.

*Checks DNF list and one star ratings on Goodreads* Like the blogger I borrowed this from, The Maze Runner by James Dashner is on my shit list.  It’s probably the least favorably book I ever finished, and I only did so because the situation was interesting, not the characters.

Then there’s Blood of the Fold by Terry Goodkind, the third book in his Sword of Truth series.  I was able to drag my way kicking and screaming through that one, but I called it quits on The Temple of the Winds.  I could not deal with his anti-LGBTQ+ bigotry.  Fuck that.

Never Never by Colleen Hoover and Tarryn Fisher was just disappointing.  It had such potential, but the end fell flat.

I hate how every YA has to shoehorn them in.  If it makes sense to the plot go ahead, but I don’t understand why they have to be there.

7. The most recent book you just couldn’t finish?

Dolor and Shadow by Angela B. Chrysler. Even though I marked it as Read on Goodreads, I only got through 84% then skimmed the rest.  The author obviously knows her mythology, but it seemed like she just had to find a way to throw all of these legendary characters in for little rhyme or reason.  I plan to do a thorough review of it when it comes up in the rotation.

I’m currently reading five, but I’ll just give one.

9. Last book you recommended to someone?

I can’t remember what I last recommended, but I saw the friend who runs Arkham Asylum (whom I also know IRL)  had added Stone & Iris to her TBR list.

Since I’ve not only read it but also own it because the author sent me a copy, I offered to let her borrow it. 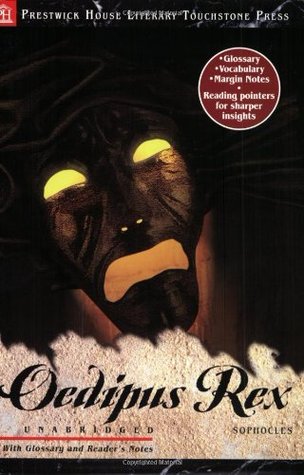 I couldn’t recommend this series any more if I tried.  It’s just fantastic and is the example I point to when people mock YA, which isn’t something I used to do per se, but I’m very picky about what kind I read.  This series has life threatening stakes alongside what its characters want, and though they’re young, they’re constantly forced to make decisions that would incapacitate any adult.

That’s a really difficult question.  The author of my favorite series is George R. R. Martin, but I think that’s slightly different from favorite author.   Plus I have a lot of authors whom I’ve considered my favorite in years gone past (e.g. Anne Rice, Joseph Campbell, Peter S. Beagle, etc.).  I’d say it’s a toss up between Sabaa Tahir (author of A Reaper at the Gates shown above) and Grace Draven who writes the Wraith Kings series that’s just…magnificent.

I mostly buy, but the library conveniently tells me how much I’ve saved this year and overall every time I take out a book 😀 It’s over $200 this year and almost $500 over all.  Libraries are wonderful ♥

14. A book you dislike that everyone else seems to love?

I and the blogger I borrowed this from feel the same way about The Maze Runner.  I just…don’t…GET it.  The only thing that kept me reading was curiosity about why they were in that situation, which I suppose some people could say is enough, but it really isn’t if you’re writing a series and you want people to keep reading.  I wound up looking up what occurred in the other novels, because I didn’t want to read through them.  It’s one of those “books with potential but poor execution,” and that always make me sad.

Also The Mortal Instruments series, ugh.  I DNFed City of Bones years ago.  The idea was interesting, but everything about it was so trite.  The snarky teenagers that are only that, the “plain Jane” main female character who really isn’t (I’ve done this before myself, so it’s not a total deal breaker, but combined with everything else…).  I remember there was a line about liking your coffee black as your soul, and I’m like “Really?” because that line hasn’t been used fifty thousand times.  It’s usually not just one of these things that will make me lambaste a novel, but when you get a bunch of them together, it adds up.

It’s been a while since I’ve reread anything (my TBR list is over 600), but I used to read The Last Unicorn at least once a year and that’s one I can finish and go right back and read through again.

17. Can you read while listening to music?

Yup.  I usually do if I’m in the front room and my husband is watching something.  I usually pick music that’s instrumental or have it turned down so it’s just “background radiation.”

Whatever you need to tell the best story.  I think I lean more towards multiple POVs, because it gives you a chance to compare and contrast.  Also, that’s what I typically write.  I honestly think I grew used to them from playing games like Final Fantasy, which always have numerous, well-developed characters.

19. Do you read a book in one sitting or over multiple days?

Usually multiple days, though there have been books I’ve read in one.  They’re usually mid-grade or graphic novels though.

Whoever wants to do it.  I’m out of the tagging business.  Way too many bloody ears.