END_OF_DOCUMENT_TOKEN_TO_BE_REPLACED

I started my Final Fantasy journey in the 80’s with the legitimate sixth installment Final Fantasy VI, and though I did eventually go back to play Final Fantasy IV (which is now in my top 5 FF games), somehow or another I missed V.  While IV is known for being the first Final Fantasy to have a cohesive and intricate story, it had a static job system with only one character changing per the demands of the plot.  Final Fantasy V allows the player complete control over what jobs their characters have even more than Final Fantasy III, which required a certain amount of points to alter.  This was a huge advantage and helped distinguish FFV from its predecessors. END_OF_DOCUMENT_TOKEN_TO_BE_REPLACED

It’s time for The Shameful Narcissist’s yearly recipe.  I think I missed last year, but I know I did Chocolate Chip Cookies, so I should probably call it bi-yearly. 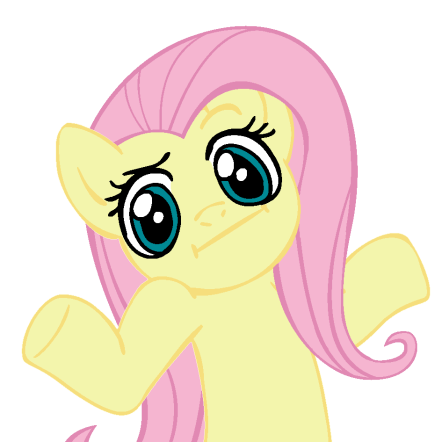 Unlike the author, I’m not going to give you my life story; I’m just going to tell you the recipe and my experiences with it.  I have no clue why people feel like we need this especially before the instructions.  Tell me about your grand uncle’s roomate’s dying wish while I have bread in my mouth not before.

Note:  I have just heard from my husband that I am a gigantic hypocrite as I did this with my cookie recipe.  I told him to shut up and we’re both laughing our asses off because he’s not wrong.

END_OF_DOCUMENT_TOKEN_TO_BE_REPLACED

There was one point where I thought the plot was a little slow, but the ending more than made up for it, and it wasn’t so much slow as establishing.  It’s just as amazing as the first book and one of the few duologies I’ve read, though there might be (and god I hope there is) more.

END_OF_DOCUMENT_TOKEN_TO_BE_REPLACED

The Vagrant is his name. He has no other. Friendless and alone he walks across a desolate, war-torn landscape, carrying nothing but a kit-bag, a legendary sword and a baby. His purpose is to reach the Shining City, last bastion of the human race, and deliver the sword, the only weapon that may make a difference in the ongoing war. But the Shining City is far away and the world is a very dangerous place.

This was a tough one to review.  I noted that back when I finished it and I still feel the same way.  The novel has both issues and merits, and it’s not a straightforward story, which is not only due to the fact the main character never speaks.  The number of enemies/villains also complicates things.  There’s the Usurper, the Uncivil, the first, and the commander among others.  They’re all part of the tainted essence that made the world the broken place it is now, but it was very hard to keep track of them (the Hammer was my favorite for some obvious reasons).

END_OF_DOCUMENT_TOKEN_TO_BE_REPLACED

I know it’s not Sephiroth’s hand she’s holding in this picture (not nearly big enough haha), but it’s still a black leather covered one with wrist guards and we’ll just go with it.  I added in the cute nail painting scene I wanted and ran through a first edit of it yesterday.  I’m still in the first edit overall so I may change some things when I go through again, but it’s going, and that’s what matters.

END_OF_DOCUMENT_TOKEN_TO_BE_REPLACED

I am so close to the end, y’all.  I spent the past month leveling all of my characters while watching Let’s Plays.  It was very efficient.  Everyone now knows ever skill from every job and each character is in the high 70’s at least.  All that’s left is to do final preparations and go to the last dungeon.  I haven’t done so because you can only save right outside before a boss rush before the absolute final, and I need time to do that.  Here’s hoping I get to before the end of the year!

END_OF_DOCUMENT_TOKEN_TO_BE_REPLACED

The Lovely Bones is the story of a family devastated by a gruesome murder — a murder recounted by the teenage victim. Upsetting, you say? Remarkably, first-time novelist Alice Sebold takes this difficult material and delivers a compelling and accomplished exploration of a fractured family’s need for peace and closure.

The details of the crime are laid out in the first few pages: from her vantage point in heaven, Susie Salmon describes how she was confronted by the murderer one December afternoon on her way home from school. Lured into an underground hiding place, she was raped and killed. But what the reader knows, her family does not. Anxiously, we keep vigil with Susie, aching for her grieving family, desperate for the killer to be found and punished.

Sebold creates a heaven that’s calm and comforting, a place whose residents can have whatever they enjoyed when they were alive — and then some. But Susie isn’t ready to release her hold on life just yet, and she intensely watches her family and friends as they struggle to cope with a reality in which she is no longer a part. To her great credit, Sebold has shaped one of the most loving and sympathetic fathers in contemporary literature.

I bought this to read with the hopes the end of the book wasn’t the same as the ending of the movie, that the filmmakers took some strange liberties and Sebold did write a comeuppance for the piece of shit pedophile-murderer who lured Susie to her assault and death.