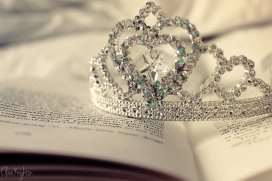 I finished recording the last of the chapter and was all set to put everything together and edit, but the first part somehow corrupted at the end *headdesk*  I’m…actually not that upset about it as the sound quality of parts two and three were much better than the first, so I want to re-record it so it all sounds uniform.  I was very ambitious when I recorded the first part and it’s three and a half pages done, which is like 45 minutes of recording.  I plan to do that this Tuesday so next Friday I can work on the editing and polishing.

I’m so much more excited to work on this now and have starting outlining the first chapter.  I haven’t re-written any of it yet, but I do have it on my to-do list to work on regularly throughout the week.  Putting story elements together is like putting together a puzzle.  I was going to work on it last night, but I was way too tired to create anything.  More caffeine is needed.

I need to figure out when I’m going to work on my Year End/Wrap-up posts.  I’d like to get them done before the end of the month.  Ugh, I spent an hour cleaning the kitchen and now I’m too tired to concentrate on anything.  It’s either coffee or nap time or coffee nap time.  Yes, they exist, and yes, they are awesome.  You generally wake up refreshed if all goes well.