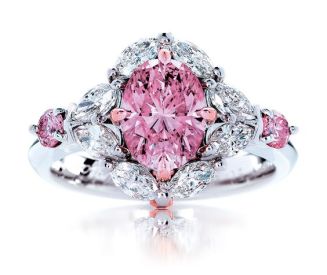 A nope!  Still haven’t re-recorded this yet.  I was sick last week so I’ve been using my medicine, which means my voice has been crap.  I also had a bridal shower to co-host on Saturday, so today my entire body hurts.  I don’t think I have anything to do this weekend, so I’m shooting for Friday to do my recording.

I made the decision to shelve this (again) last week.  Every time I’d see it on my to-do list, I’d just get this sinking feeling in my stomach.  I wanted to work on it, but right now there’s just too much going on and my concentration is shot.  This story takes place in a world that’s similar to ours but with an entirely different philosophy in how things are enacted, and that’s a hard balance.

I’m honestly no good at working on two big, similar projects at once, and editing and writing use a lot of the same type of brain processing and energy.  I’d rather throw all my power to getting The Broken Rose edited and out there then return to this so I can give it my all.  Working on the audio recording of Northern Lights isn’t the same because that’s just fancy reading, though I could do two editing jobs at once; however, writing is an act of creation, and that takes a lot out of you.  I mean even God had to rest after seven days in that one story lol.

Of course I’ll write down any notes/ideas I have in the interim, but I took working on it off my to-do list.  Honestly, once I did, this extreme sense of relief washed over me, because I knew I didn’t have the time or energy to work on it, and I’d rather have more of that limited resource to complete other stuff instead of spreading myself thin in more places and getting less work done everywhere.

Project: Video Book Review: Incognito by David Eagleman – Yep, I put this on hold, too.  I think it’s because I’m already doing an audio/video think with Northern Lights, and I don’t like to work on two similar things at the same time or something.  I attempted to work on this last week and I had neither the energy nor the wherewithal to continue with it.  I already have the video recorded, but it needs to be edited, which I also need to learn how to do while I’m doing it.  It seems like something that would be better to work on when I have more time.  It’s also not like I don’t have shit ton of book reviews to post anyway.

I’m hoping to have more items in my Finished pile by next update.  I think I’ve been working on Oxenfree for two months.  Game reviews tend to take more time than book reviews since I, generally, only review games that require a lot of analysis.  I am really happy I decided to shelve my WIP and video book review for now. I feel so much less stressed.

Is there anything you’ve shelved or foregone that lifted a huge weight off of your shoulders?  I feel like there’s a weight for completion and a counterweight to putting it down that’s rarely discussed.