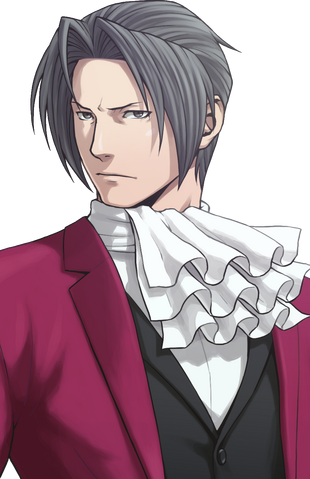 According to my AA friend, it is the gayest fandom to ever exist and my body is SO READY.  I’m avoiding doing too much googling right now; I’m waiting until I finish (thought I almost got dragged down a Pinterest black hole looking this picture up), but the fanfiction, THE FANFICTION will be glorious.  *sigh*  I just have a thing for intelligent, broody dudes with wide shoulders, a fantastic fashion sense, and a tragic back story *send help*

I did the Cave to the Sealed Gate and am currently saved outside of Vector.  I didn’t get to play this weekend despite it being my schedule.  I saw my newborn nephew this Saturday and that kind of took precedence :p  He’s adorable btw.  Bebe Noah ♥

I’m breezing through my Legend of Zelda watching.  I was on the fence whether or not I was going to watch Breath of the Wild before I played it myself, but I think I might since Oliz has a Let’s Play of it.  I think I still have Link’s Awakening and A Link Between Worlds to watch before that.  I really wish I could find a finished Four Swords Adventure, but alas.

I really like this game and its counterpart Oracle of Ages.  I wonder why they didn’t do one with the third goddess Farore since Ages features Nayru, a singer, and this one has Din who’s a dancer.  I wonder what Farore’s talent would’ve been had they made a third game.  I initially thought Seasons was a Christmas themed game based on the title and the fact I saw ads for it around that time (since it came out in February).  I have a feeling their marketing team was aware of that and capitalized on it.

I kind of just woke up a few hours ago since I passed out right after I logged off of work.  It’s been rough these past few weeks.  It’s also why I’m posting this later than usual.  Now if you’ll excuse me, I need to get in some AA time.