I didn’t play a ton of games in 2019, but I did finish 14.  I don’t consider that a lot comparatively, but it’s better than zero.  Because not every game has an “ending” per se (think puzzle games and other non-narrative ones), that helped up my count.

I played one other EO game before, Etrian Odyssey V: Beyond the Myth, and I really liked it, but I was worried Millennium Girl would have the same level cap…and it did.  You can only get to Level 70 until you defeat one of the elemental dragon emperors, which opens up the next ten levels.  Defeating another dragon will release another ten levels, and beating the last will open them all.  I understand it, but it still kind of annoys me lol.  It could just be a YMMV situation, though, as many people love these games, and I can’t say I didn’t enjoy it.

I didn’t start taking many notes on the story until I was pretty well into it, and I don’t know why since it’s actually really good.  Not Final Fantasy level intricate, mind you, but still solid.  It’s also one of the few games I can play that has a first person perspective.  I think it can be categorized as a dungeon crawler where you actually map them out.  THAT I greatly enjoyed as I love organizing things (though you wouldn’t know it to look at my house #lolsob).

EO is also hard.  Like I’m used to JRPG battles, but with this game you could be at the highest level and still get your ass handed to you in a random battle.  You need to spend your ability points wisely, and thankfully you can reassign them if necessary, too, though I don’t think you can ever have enough to learn everything.

One of these days I’ll write a full review, but if you like more combat based RPGs where much of the character specs are up to you, I’d recommend this.  It’s a remake of the original Etrian Odyssey with a story laid over, so you get more out of it.  I did finish it insofar as beating the final boss, though I didn’t do a 100% complete.  I finally won against the Storm Emperor and unlocked up to Level 80, but then I realized I didn’t want to grind and/or reassign skill points to beat the next dragon.  There were not a lot of good walkthroughs for the game either.  Either they overestimated my level/skills in combat because the battles they said were “easy” were anything but to me. 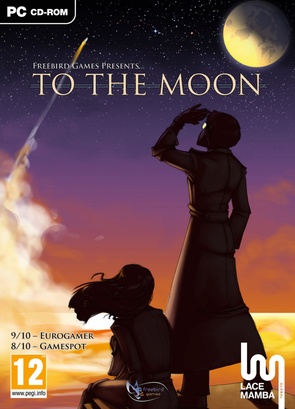 I was not expecting such astronomical weight from a game I played on my phone.  The premise centers around two doctors who traverse the memories of a dying man in order to fulfill his last wish.  While the story seems to take place in our current times, the technology is more futuristic as Drs. Rosalene and Watts act like this thing is very common.  In the beginning I felt like some of their reactions were very cold and clinical, and that annoyed me, but the characters grew on me.

It soon becomes more than just John’s story and starts to focus on his wife River who’s autistic.  I kind of wish they’d just come out and said that instead of having another autistic character Izzy talk about her and River having “the same syndrome,” but there was so much Izzy said that was hella real about “being an actress all her life.”  Autistic women are rarely depicted in media, so this was nice to see, though it wasn’t perfect.

A collage of the five Phoenix Wright games

I’m still in the midst of Dual Destinies, and I still have to play Spirit of Justice, but I can say without doubt that this is one of my favorite game series.  It is definitely in the Top 10 and may even be within the Top 5.  The Nintendo Switch has a port of the original trilogy for $30, and I picked it up as soon as I saw it.  Then I found out my BFF from high school was obsessed with it, and she got me interested in the anime, which is sitting on my coffee table soon to be watched.  I bought the Edgeworth manga and of course the game where he’s the main character because I’m in love with him.

The games are fantastic visual novels and the logic/puzzle solving mechanisms generally make sense.  I sometimes used a walkthrough, but that’s honestly due to my own exhaustion/incompetency.  All of the characters are unique, wacky, and genuine, and the fanon is exactly what I’d come up with.  It’s also gay AF, so when I found a video talking about how it’s based of a yaoi manga I nearly died laughing, though I haven’t even watched it yet.

The later games with Apollo as the front runner seem to rank lower (maybe due to the protagonist change?), but they’re just as good in my opinion.  Apollo is an adorable, twink, cinnamon bun facing off against his boyfriend/prosecutor just like Phoenix and Edgeworth 😀

This game represents how current technologies can be instrumental in inspiring nostalgia.  It keeps the best of what we loved about earlier Final Fantasies (sprites, turn based battles, open exploration) with enhancements to music and graphics.  The actually soundtrack is the orchestrations we generally had to wait for after the fact, because the old school tech only allowed for midi.  This was also the first Squeenix game I played with English voices because they were actually good (jury’s still out on what I’m going to do with the FFVII Remake as I’m 90% certain they’ll have Japanese with English subtitles as an option).  Octopath’s story is both unique and familiar.  Eight people on different journeys with different motivations find their paths crossing.  As you play, you notice common threads that you can choose to explore and find the “true” end, but the overarching story about fallen gods isn’t necessary for completion, which is vastly different from Squeenix’s other JRPGs.  I’m hoping for a sequel or DLC content since there’s still a vast swath of the world left unexplored.

BoJack Horseman (which just completed its run on Netflix) blatantly established that compelling, honest, and heartbreaking narratives could be rendered not only through an animated medium, but also with anthropomorphic (and in NITW’s case “zoomorphic”) animals, a motif had only been generally used for comedies and children centered stories before.  Night in the Woods is another one of those real AF narratives that paradoxically feels more accessible due to its unique animation and characters.

Night in the Woods nails so much.  The bigotry leading into terror induced cultishness of small town people when their way of life inexorably changes (see also Hot Fuzz); the divide between the generations, mental health, grief, economic stagnation,  LGBTQ+ characters, and eldritch horror among other things.  It was  refreshingly current, and there are some excellent videos talking about the economic/political aspects as well as the cosmic horror.

Making this my GOTY was an easy choice, surprisingly since I played Octopath Traveler, and I’m usually Squeenix’s bitch, but while OT definitely had some perfectly fine universal themes, NITW’s sociopolitical milieu is so important to impart especially right now.  While it doesn’t make excuses for why people unite around bigotry, it certainly offers reasons, and when your have reasons/motivations, it becomes much more possible to find solutions.

I plan to stream this when I replay it (why I haven’t done so yet) because I have a lot more to say, and of course I plan to review.

What’s your GOTY for 2019?  Let me hear your top picks and thanks for reading!