I finally have time to catch up on my blogger tags.

This Sunshine Blogger Award is from Extra Life all the way back in August 2019, so almost a year ago.  Ah 2019.  We thought you were the worst we were going to see.  Lol, how wrong we were.  Extra Life does comprehensive and in depth reviews on games and sometimes movies with a handy-dandy pro & con list at the bottom.

Let’s get to the questions.

1. Have you ever been involved in an emergency situation (e.g. a burning building/an earthquake)?

Shit, have I?  I guess if I can’t remember then the answer must be “No,” or it was too traumatic for me and my mind blanked it out.  I’ve seen a burning building before, actually only a few weeks ago when one of the apartment buildings in my complex caught fire.

It was terrifying and intense from my bathroom window, but thankfully no one died, and after just a week we couldn’t even find traces that the fire had happened.  They replaced the roof really quickly.

We had an earthquake here about a decade ago, but it was really light by the time it got to us.

2 What is the worst film you’ve ever seen in theaters?

The Spirit.  Oh my good lord…that movie was so bad me and my friends didn’t go to the movies for like half a year afterwards, and they blamed it on me lol.  It was my idea to see it, and I got so much shit 😀

I regret some things…

3. What is the best film you’ve ever seen in theaters?

This one is more difficult.  I could say the best movie experience I ever had was Infinity War: Endgame.  The vibe in the theater was just so cool.  Even though it was a room full of strangers, we were all there for the same purpose; we all (or the majority of us) had been on the same journey with all of the movies, and we were bound together by that commonality in the final phase.

4. What is the strangest method by which you discovered a work you enjoy?

I tend to fall into things usually while I’m researching something else, so it’ll be this winding, seemingly senseless path, but each spot along the way follows from the prior.  The best way to explain it is by example.

Back in the day when I was obsessed with TV Tropes to the point where I had to put a time limit on how long I spent on the site in the evenings, I was on the page about The Land Before Time (the first one).  I don’t remember how I got there, but one of the tropes for it is Oscar Bait in terms of the song “If We Hold On Together” by Diana Ross, which I listen to constantly and often on repeat.  Clicking Oscar Bait takes you to a page with all of the entries on that (seriously, if you’ve never been on TV Tropes, just go there to see how it’s set up).  Of course I immediately scrolled down to Video Games – Final Fantasy VII to see if anything was there because that’s what I do, and much to my surprise there was an entry.  It doesn’t necessarily have to have won an Oscar; it just needs to be something that might be presented for the award or falls into the mien of such a thing (it’s like how Ominous Latin Chanting doesn’t necessarily have to be in Latin, it just has to sound chanty and ominous), and the one for FFVII was by Erutan (then Katethegreat) for her vocal version of “Flowers Blooming in the Shadows.”

SO.  MUCH.  WEEPING.  I would bawl my eyes out at listening to this.  It got so bad I couldn’t do it while driving because it was like instantaneous.  Anyway, that’s how I discovered this song and Erutan who is amazing.

The second one is another female singer.  Huh.  I know I have other situations like this, but these are the two I can remember right now lol.  Anyway, I was trying to find the words to a poem in The Last Unicorn by Peter S. Beagle, which I’ve very recently talked about here.  He includes a ton of poems that I assume he wrote himself.   Most of the stanzas end with the line “I know that I loved by the way I behaved,” and it’s titled “Way I Behaved.”   If you clicked the link at the bottom it states “Sings well to The Ashgrove.”  “What’s the Ashgrove?” I asked thus beginning a google search that wound up back on YouTube where I discovered Laura Wright, another singer I now follow and adore.

5. What do you feel is the greatest compilation of collected works in your collection (of games/films/music/books/etc.)?

Greatest as in the best?  Hm, I’m never good with questions like this because it’s impossible to say objectively what is the “best,” since that could mean so many different things.  I’d lean towards Final Fantasy VII as that’s my favorite narrative of all time, and I could say many words as to why I think it’s the creme de la creme, but no one can escape their own subjectivity, try as they might.  Whew, this is getting way more philosophical than I’m sure the question intended lol.  Why don’t I just go with FFVII since it’s in my collection.

6. Have you ever re-experienced a work you enjoyed a long time ago only to determine it has not aged well?

Omg yes, and I’m hoping this doesn’t happen when I play the original FFVII again hehe.  Granted I did play the Remake which was phenomenal, taking all the underlying foundation of the game and bringing it into 2020, so I’m not terribly worried.  Graphics are what they are, and obviously those are going to look much more rudimentary because they were.  I have a better example anyway. 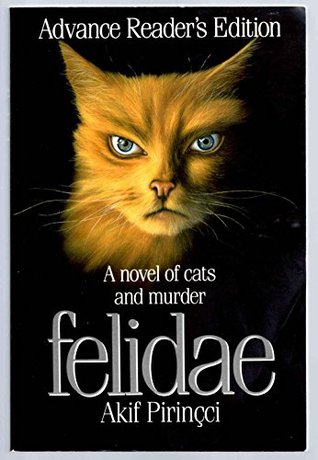 I read this in high school and thought it was one of the best books I’d ever come across.  A cat detective investing serial killings in the feline community only to discover his friend was not only behind it but a cat Hitler?  It was bonkers and one of the first books I read involving animals that wasn’t for children.  Some of the cats had potty mouths and of course there’s a genocide so yeah.  But then…when I went to read it again, I couldn’t get past at how clunky the writing was.  It could’ve been translation issues that I was more aware of now that I’m older and pickier, but I wound up shelving it not long after I started.

I could probably talk about all of the cartoons I loved in the 80’s and 90’s, but I don’t want to make people sad.

7. Have you ever re-experienced a work you hated (or were indifferent towards) a long time ago only to warm up to it?

I have a long list of things I had zero interest in that I absolutely love now:

Pretty much I’ll start doing it and not be into it right away or not like the idea of it (like FFVII seemed “too sci-fi” for me), but then I come back to it and I love it.  I’m hoping this happens with The Witcher, because I watched the first episode and just couldn’t get into it, but I’ve heard it gets better *shrug*

8. What is your favorite opening theme to a television show?

No matter how big of a shit slide the show turned into, this opening will always be straight fire.

9.  Excluding Western comic books, what series with a single, ongoing narrative do you feel has (or had) gone on for far too long? In other words, I’m not counting shows or other forms of media with entirely self-contained episodes such as The Simpsons or anthological works such as The Twilight Zone with this question.

I don’t have a good answer for this question and I’ve thought about it for a few days.  I’m sure there is one I’d agree with, but I’m drawing a blank on coming up with one on my own.

10. Have you ever been invested in a series only to be heartbroken when it was cut short with no resolution?

The really awesome Thundercats reboot back a few years ago that just ended.  I think the network just dropped it, and it was SO DAMN GOOD.  Me and my husband still bitch about this.

11. Do you prefer hardcover or paperback books?

I don’t really have a preference.  I like the greater fanciness of hardback, though paperback has the advantage of being lighter.  I do generally prefer physical books to eBooks, though the latter have their plus sides as well.  I can carry around a virtually unlimited number of eBooks on my Kindle Fire, but I do prefer a physical copy for lots of things such as research texts and my favorites.  I’ll often buy the physical copy of something I read on my Kindle if I really like it (and if there’s one available).

8 thoughts on “Another Sunshine Blogger Award from Extra Life”