More catch up.  Apparently I have a lot of Sunshine Blogger Awards to catch up on.  A Geeky Gal is lovely.  So much gaming and cosplay.  All of the stuff I love ♥

1. What game are you currently playing?

I’m still in the midst of Final Fantasy VII Remake, which is of course amazing btw.  Even though I’ve technically finished it, as in finished all of the chapters, I still have a lot of side stuff to complete before the next part comes out, since I know there will be some way to transfer your data from the first game to the second (think Mass Effect), and I want to have everything I possibly can.

I started this game called Golf Story, but I’m not sure how I feel about it yet.  It’s not really pulling me in.  It’s a sports RPG about (shock) golf.  I’m going to give it some more time, but I haven’t picked it up in a few days.

Finally I’m playing this awesome puzzle game called The House of da Vinci II.  If you like The Room (the puzzle game not the god awful movie lol), I’d highly recommend this and the first one.  So.  Good.

2. What game you’re most looking forward to?

The next FFVII Remake.  Am I going to have the same answer for each question? *awkward laughter*  There are some other Squeenix titles out there that I’m waiting for.  I just played the demo for Bravely Default II, which was brilliant.  I might actually drop the $60 it’ll cost when it comes out.  Even though there’s scant information about it, I cannot wait for the second Octopath Traveler either.  I’m a thot for Squeenix.

3. What is your favorite game of last year?

Checking back through my Top 5 Games of 2019 list, it looks like I went with Night in the Woods, which is both amazing and so relevant right now.  It edge out Octopath for the latter reason.

4.  What would you change about your favorite franchise?

The fandom.  Oh and I’d give Sephiroth a redemption arc because he fucking deserves one don’t @ me.

5. What game has influenced you creatively? Writing, drawing, etc.

Yup, it’s going to be the answer to all of my questions.  Everything I’ve written was inspired by this in one way or another.

6.  What games do you have multiple copies of? 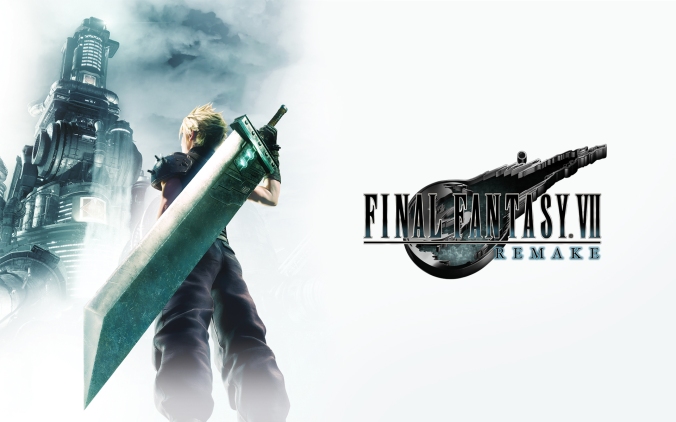 Look it shouldn’t be a shock at this point.  I bought two copies so my husband could play, too.

8.  How do you usually spend a lazy evening?

What’s this “lazy evening” you speak of?  I’m almost always doing something unless I’m burnt out, which…might be a problem lol.  If I’m not working on anything creative I’m probably napping (like I did yesterday after work) or watching something that doesn’t require much thought like a Let’s Play for a game I don’t plan to review or something funny on Netflix.

9.  How many countries have you been to?

Not counting my country of origin, I’ve been to two: Mexico and Bermuda, both for weddings.  I went to Mexico for my brother’s wedding and took a cruise to Bermuda for my honeymoon.

10.  What was your favorite TV show when you were a child?

Danger Mouse.  I.  Was.  OBSESSED.  It might explain my love for all things English today lol.

11.  What was the very first game you ever beat?

Hm, I’m actually not sure.  I grew up in a time when you didn’t actually “beat” video games because they didn’t have an end (I’m old), so it’s hard for me to remember when that transition happened.  Maybe Super Mario Bros. 3?

6 thoughts on “A Sunshine Blogger Award from A Geeky Gal”