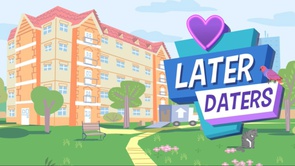 Haven’t touched this in the past few weeks.  Not because I don’t like it, but because I’m just not in the mood to play a dating SIM.

I completely missed my What I’m Watching list last week lol.  I think I back dated my last status and just fucking forgot.  Oh well.  I wound up having to reinstall Windows 10 last night on my computer so right now it’s working great.  I thought it was only two years old, but turns out it’s actually four.  Time has no meaning lol.  I now have a list of things to do when/if I have to do this again like what I have to redownload.  I realize a lot of the programs I use are older like the Windows Movie Maker is from 2012 or something like that.  I also have no interest in Office 365.  I still have my old product key saved for the old versions, but it took some doing to actually locate where to download that.  I should save that info, too, BUT I’m hoping to have a new computer before I have to do this shit again, though I still don’t want Office 365.  I should probably learn a more updated movie making program.  I had Da Vinci Resolve, but I never really learned it.  I’m just…used to old school WMM and I’m a stubborn AF Taurus.  I don’t mind learning new things, but I need to make time to do it, and in that time I still want to be able to work on all of my projects.  At least I was less frustrated this time around because I kind of expected the computer to crash and I had a contingency plan.  Plus I just back upped a bunch of my data and emailed The Broken Rose to myself, so I wasn’t too concerned I’d lose anything.

What game have you had on your backlog the longest?