I think I’m in the final parts of the game.  The narrative is doing that thing where as you get closer to the end, the two sides of the story (have to) switch more often.  It’s a clever pacing method that ramps up the tension, and since all of this is taking place during a barrage, it’s even more nerve wracking. 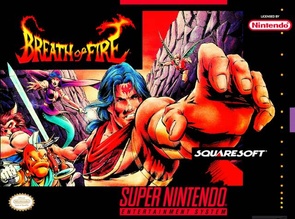 Just randomly started playing this last Sunday when I opened the SNES app on my Switch.  it plays like your standard JRPG with an unnamed hero.  I called my guy Liam, which seems like a good name for a medieval fantasy hero, and so far I like it.  It’s definitely not as hard as the original Final Fantasy, but it’s challenging enough where I have to consider my moves.  I just made it to Romero, the zombie town (great reference btw) and I’ve been switched to the winged Princess Nina.  I may stick around there to earn money to outfit her and the two soldiers with her with better equipment.

Another one of those weeks where I post date something.  I actually fell asleep while logged on to work.  It was the end of the day, but I just got hit with a wave of exhaustion and was in no condition to do anything afterwards.  My husband asked if I wanted him to wake me up when dinner was ready, and I answered, “It doesn’t matter.”  After a few hours I got up and ate, but I literally could not summon up any wherewithal to work on anything.  I wanted to, but it just wasn’t there, and I hate that.  Like I wasn’t yet tired enough to go to bed, but there was nothing I wanted to *do*  That’s…sadly one of the things with depression.  You just…kinda exist.  I’m hoping to catch up on things tonight like *gestures at SOTG post*

I want to write my review of TLOU on my two week vacation that happens after next week.  I also hope I can finish my review of FFVI.  I’m in the story analysis section now, which takes a lot more brain power so I need more energy to work on it.

Fuck…there was something else I wanted to talk about.  Oh well, I need to do more catch up, so I will catch YOU all later.