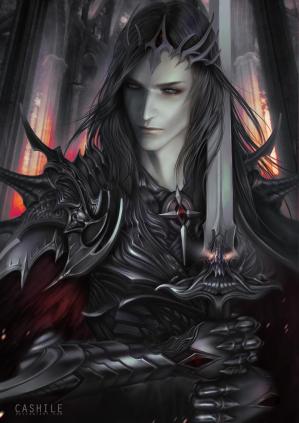 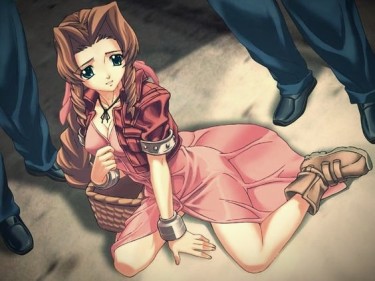 There are some NSFW versions of the above picture, but I’ve had this one for years, and since planning this project I’ve known I wanted to use it.  I spent the last few sessions gathering and doing some color filtering on images before adding about ten to the project.  I’m now integrating them into the audio with dark spaces in between.  So many dark spaces…they’re literally a lifesaver for this project lol.  It amuses me that some of the seemingly simpler images are harder to find like “belt,” but I can find painfully specific ones for others.

ETA is maybe by end of March?  Maybe sooner?  That’s just wrapping up the image retrieval and integration prior to any editing and then artist permission requests.

I had meant to talk about this last week in my little italicized summary at the bottom, but I forgot.  Then I made a recording of it and didn’t post that either.  Let’s see if I can do that now…

There are no closed captions for it since I didn’t do any editing, but essentially it’s just me talking about doing yet another audio recording project.  It’s not going to be the same as Northern Lights above, because doing another thing like that just isn’t feasible right now.  That project is a lot.  That has almost equal focus on the audio and visual whereas this one will focus on the audio exclusively.  I’m thinking of doing sort of an ambient video in the background for the majority with some specific images thrown in (the above would be the final one since Bethany perfectly captured exactly what I envisioned).  My DA friend DarkStar016 aka Mercury The Scribe on YouTube does something similar with her projects, and I like that aesthetic.  I shot them a message, but I’m not sure how often she’s checking DA.  Since I’m just in the beginning stages of this I have time.

I recorded all of Chapter 1 in one fell swoop even though I split it into two “sessions.”  Chapter 1 is only five pages long, but I figured two and a half pages would be a good test to see how much I could read before my voice gave out.  Now I know I can do at least five pages, and I noticed I was a bit hoarse afterwards, so five might be my limit?  I listened to it, and I definitely need to do some more recordings.  I’m totally fine with the voices I’m using for Sephiroth and Aeris, but I had to look up some “accent” videos in prep to do the slaver haha.  I’m laughing because I’m a little embarrassed, and I also hope I won’t offend anyone with how I’m doing it.  I consider it to be my favorite accent and mimicry is one of the sincerest forms of flattery especially for me.  Because my voice tends to sound a certain way when I record and want to sound nice, that’s the accent I go for, though I think I might do some tests with others.  I’m being intentionally vague o.O

Anyway, there’s a good chance this will be available either prior to the Northern Lights recording or at the same time.  Yes, I am a glutton for punishment.  I just can’t resist the call of another project.  It starts as me organizing it and figuring out what the steps are, and once I have that it’s just a matter of doing the preliminaries (editing and organizing the text) and well, I had an opportunity to do the recording on Friday so I thought “Why not?”  I’ll need to do another one on Tuesday to fix the issues I came across, so I’ll want to prep for that, but yeah.  It’s just the way my brain works.  I can be tired AF but the drive is always there.

I don’t really have too much to say.  My hubs lost his job, which would seem like it should be a bigger deal, but I’m kind of just like meh?  He kind of knew it was going to happen; he was getting tired of how they were treating him, and it was a temp position anyway.  Granted, it was nice money because he was working crazy overtime, but it’s weird because I’m still like planning on buying a house asap.  Maybe it’s delusional of me to just expect him to find something else as quickly as I’m thinking he will, but I kind of am ¯\_(ツ)_/¯ I’m just not pressed about it.  He can now take my car in to get the battery replaced (he was able to jump it today), and Cid can get to the vet.  Hopefully, he’ll be able to get unemployment, but we should be getting that stimulus check soon?  I remember it was pretty quick last time; it just showed up in our account one day lol.

Hopefully you enjoyed my nonsense babblings, and yes, that’s more or less what I sound like for those who were curious.  Sometimes I have more of a “valley girl” accent 🙂