What I Put On Hold 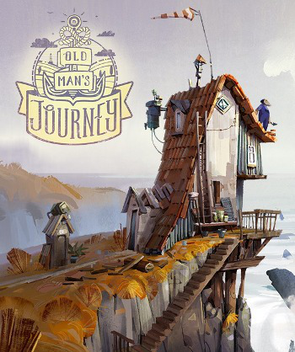 I’m really into Tales of Vesperia right now.  I might come back to this when I’m between games again (since that’s why I started playing it anyway).

I am really into this game, and I can certainly see why it’s a fan favorite.  Definite thematic similarities to FFVI and FFVII (those are the two I immediately thought of; I’m not discounting any other Final Fantasies) with the the war between humans and monsters for the former and magic/power through alchemical necromancy in both (holy shit “alchemical necromancy” is a kick ass term.  Definitely noted that down).

I spent about two hours making a list of all the items I’d need for my synthesized weapons.  This included an Excel spreadsheet so you know I’m serious.  My plan is to gather the materials from the known places before moving onto the next story part.  I’ll be able to get the weapons plus the next level in the next town, but there were a few things I needed from some of the first enemies in the game.  I might go back to see if I can defeat the Giganto monster in Kiev Moc.  He handed me my ass the first time, but it’s been a while.  I definitely ran away from the one in Mt. Temza.  I am not ready to face something with 100k HP.

I also made myself a pronunciation guide because they are very interesting in the game.  I’m glad it’s mostly voice acted so I can hear the proper way to say things.  I keep having to refer to it for the pronunciaton of Mantaic, wihch is “MAN-take” and the name Ragou, which is “ruh-GO.”  The one that makes me really happy for the voice acting is Entelexeia pronounced “EN-tuh-luh-KAY-uh.”  I’d have said that “EN-tuh-LEKS-ee-uh” or “EN-tuh-LEKS-ay-uh.” not with the X pronounced as a K.

Going to do this a little differently by LPer instead of game since I watched a ton CJ.

I bought cake for the 4th of July because I’m an adult and cake is delicious.

My dad invited me to a cookout on the day, but I’m getting my Covid shot the day before and might be down for the count.  We’ll see.  I’m at least off on Monday so hooray three day weekend.

What are my state side friends doing for the 4th?  You don’t have to be state side to answer; how rude would that be?  It might not be a holiday for you, but I’ll still hear what you’re doing this weekend 🙂