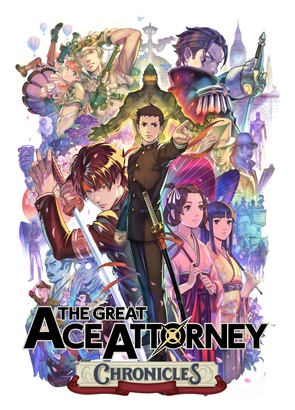 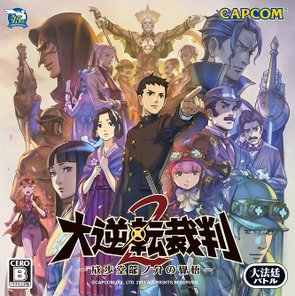 WHY DO THEY MAKE THESE BROODING FICTIONAL MENS SO BEAUTIFUL 😭 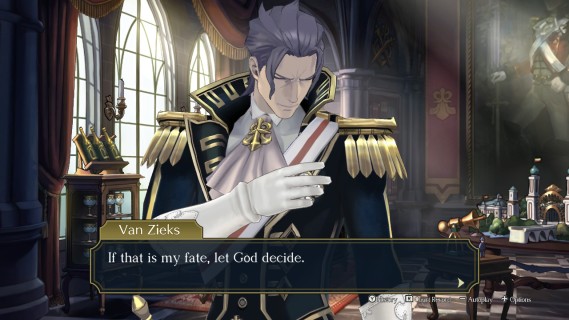 And don’t get me wrong, I love the character of Iris; she’s Herlock Sholmes’ (copyright shit so they had to change his name) adopted daughter, roommate, assistant, etc. but she had the audacity to say Lord van Zieks wasn’t as handsome as the painting in the background, and I was like “Bitch WHAT??  Imma give you a pass because you’re only ten, but I think you’ve been inhaling too many of your experimental chemicals.”

*ahem*  Okay that’s enough simping for today.  There’s actually a lot more about him in the third case.  At the very least we’re finding out more about his history, because the Ace Attorney games always end up being about the prosecutor’s redemption.  There’s also a potentially huge plot twist coming up that I think I’ve already worked out.  I initially thought it was way too outlandish, but the game keeps leading me down that path, so I guess we’ll see.

The current R’lyeh Road floor I’m on is really annoying.  After a certain number of steps it warps you to a random area and you have to start from there.  I can’t figure out if there’s a way to avoid the warping, but it’s making it very hard to find the jewel and make it to the next floor.

The main game’s final dungeon has this one puzzle I’ve never been good it.  You know the ones where you have to light up one part and it lights up or darkens the adjacent lights?  Yeah, one of those.  I’m not good at them, so I just looked up a walkthrough.  Turns out there are two more of increasing difficulty, so yeah; I’m glad I looked it up.  I saved at the the third and (hopefully) final one.  I feel absolutely no shame in doing this.  Of course I could take hours to figure it out and get frustrated, which will make me not want to play the game.  And it’s funny because back in the day when that wasn’t an option, I might have very well have forced myself to do it, but I think with the combined forces of having many other game options and the ability to look it up, if I couldn’t do the latter, I’d wind up going with the former.

I didn’t post about Tales of Berseria on this week because I’ve basically put it on hold.  I’ll pick it back up when I finish either Ace Attorney or The Lost Child.

I’ve been catching up on the new fall show releases, and I have a bunch of suggestions for new things to watch.  The second season of Locke and Key just dropped, and my brother told me about the show You, which I knew about but didn’t really look much into.  I still need to watch Marvel’s What If and this other show Midnight Mass.  I also want to watch Nine Perfect Strangers maybe after I read it.  It’s another Liane Moriarity, and they also did a show for her Big Little Lies that my BFF says is really good.