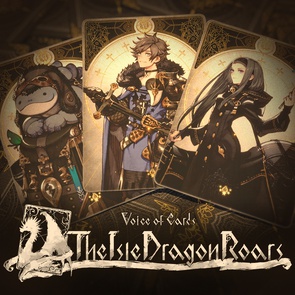 I finally made good on my word and started playing this.  I was so hyped after playing the demo that I pre-purchased it and planned to start playing as soon as it came out.   Of course I was in the midst of another game (The Great Ace Attorney), so I planned to start this once I finished, and I guess I just never did.   I even bought Triangle Strategy and Etrian Odyssey in the interim and still waited a few months after I finished them because I needed to get up the motivation.

The actual game has some changes from the demo.  The biggest one is you’re not playing the better characters they give you there.  A lot of demos (like Triangle Strategy) will make things slightly harder, but I guess VOC wanted to make things easier, though even with the less advanced characters it’s not that bad.  I do hate when the hero starts out as a whiney weakling and any dialogue “choice” you have to make doesn’t give you a good result.  Eh, at least the sorceress character (lady on the right in the above image) kind of has a Sephiroth aesthetic going on with her grey-silver hair and black outfit.  She seems pretty chill, and the monster character Mar is adorable.  I named my “hero” Ashterel, but I don’t think he deserves such an awesome name.

Oh, I guess I should give some overview about the game lol.  So it’s like JRPG meets D&D aesthetic (I actually used that word twice in a post?  Outrageous!) insofar as you roll dice for extra effects.  The entire thing takes place on a gameboard of sorts with cards you flip over, so the overworld is all cards that might have random events, treasure, or random battles.  The narrator has a bit of a dry wit to go with his scratchy, old man voice, and there’s quite a bit of tongue-in-cheek humor.  I believe there are DLCs now that I’ll look into at some point, but for now I’m going to just enjoy the game.  According to Grouvee, it takes about 12 hours to finish the main story, so not too long.  I’m hoping someone does an LP of it so I can watch it after I’m done my play-through, as per usual.

There’s an awesome card game within the game, which I was playing through the demo version even after I finished it, but the full game version has extra options!  So far it doesn’t seem like you lose anything when you lose (yet), but you get something when you win.

I had Resident Evil 8 on my Watch List last week but I wound up just watching a summary of it.  It was definitely interesting and uh, I certainly understand the obsession the internet has with Lady Dimitrescu.  Come on, hot vampire lady is hot.  Yes, I’m aware her “final form” is monstrous.  Do you know who my number one obsession is?  Do you think that fucking matters to me??  Is this your first day here???  If it is…welcome!  I’m glad to have you.  Please understand my FFVII/Sephiroth obsession and respect my truth.  Anyway, Resident Evil is one of those series on my list for research/reference in my overwhelming essay project.  It wasn’t so much I was bored with watching the game, but I just wanted to know what was going on.

I keep hearing about this other horror game called The Quarry, and I finally found an LP for it by ChristopherOdd so I know what I’ll be watching tomorrow!