END_OF_DOCUMENT_TOKEN_TO_BE_REPLACED

No Final Fantasy soundtrack is complete without a rousing overworld song.  With that in mind…

I’ll answer this question in two parts.  First, my favorite music directly from the game as in unaltered from what you hear while you’re playing, and second, my favorite overworld theme orchestrated.

I have to go with Final Fantasy IV for my favorite theme in game.

FFIV was just ahead of its time and so proficient in numerous areas, not the least of which was music.  It boasts the greatest number of good songs in its soundtrack (based on my opinion of course) that is to say, I like the majority of songs on its OST.  While I might like the music from other games more, I like more of the music from Final Fantasy IV.

And Final Fantasy X takes the gold for my favorite orchestrated theme.  It more than occasionally brings the tears, so I have to declare it the winner.

What’s your favorite overworld theme?  As you can see mine doesn’t align with my favorite game (it actually took a bit for FFVII’s “Main Theme” to grow on me.  I like it now, but wasn’t that fond of it when I first heard it).  Does yours?  Discussion party in the comments! END_OF_DOCUMENT_TOKEN_TO_BE_REPLACED

🎶   22 December 2017:   It’s now Christmas Eve and you’re throwing a lively party for all your friends, family and favourite characters. Which video game soundtracks would be on your playlist?

Anyway, I’ve always thought the orchestrated ending theme to Final Fantasy IV had a part that sounded like sleigh bells starting around 3:00.

Then there’s the Voices of the Lifestream version of “Buried in Snow” titled “Frozen Landscape,” which is better than the original (and I wish/hope they’d use it in the Remake).  It just seems like a song best realized in the minor key.  The OST version is kind of dowdy, and doesn’t capture the wilder, fiercer, desperate need to break through the blizzard that Voices does.

Hey look!  There’s a suggestion for 70 minutes of Nintendo winter and holiday music!  I could just put that on ad call it an Eve(ning).  Okay, I don’t really like that one, but the hour of festive holiday video game music is much better.

Oh…well I know why, the first song is from FFXIV, called “Starlight Celebration.”  Wow, this is…amazing.

What video game soundtracks would you have on your holiday playlist?  Would you just pick one or would you have a mixture?  Sound off in the comments!

It’s been snowing a lot around here lately (as in three times in one week).  Now while I’m sure it would be nothing to my Canada friends, we usually don’t see significant snow until January or February, because the seasons have kind of shifted.  Dare I hope for a White Christmas this year??  I don’t recall ever seeing one, though the records say there was indeed a snowy holiday in the area when I was old enough to remember it.  Fun fact about TSN, I used to be terrified of snow. 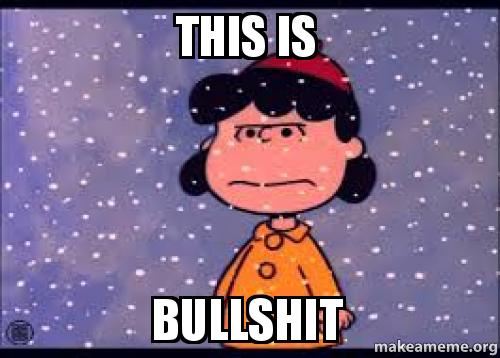 My vocabulary wasn’t so, ah, colorful when I was under five, but I did used to say, “No snow!” with a childish lisp, and I refused to have anything to do with the white stuff.  And since we’re talking about shit I used to be afraid of, let me not forget to mention cats.  My mother had an old friend who had this tuxedo named Spunky, and they’d have to put him away if she ever brought me over.  I think it’s because cats are very slinky, tend to appear out of nowhere, and I’ve always been easily startled/frightened.

END_OF_DOCUMENT_TOKEN_TO_BE_REPLACED

In case you haven’t noticed, I am doing a sort of Halloween themed question series for the month of October, and quite a few motifs in Final Fantasy lend themselves to the frightening.  Per that vein we’re going to explicitly talk about musical motifs in asking…

What is the spookiest music?

Let me attempt to find the creepiest song in my most well known games.

Opening with Final Fantasy IV, I think “Golbez Clad in Dark” is a really safe bet.  I mean, it has both the villain’s name and dark in the title!

It goes along with the “Tower of Zot” music, too.  I have to give mention to some of the moon music: “Another Moon” and “The Lunarians.”  Anything (literally) otherworldly is a good bet for insta-eerie

For Final Fantasy VI I think it’s definitely the “Fanatics Tower.”  Discordant harmonies and regimented drumbeats are always good for a scare.

I’ll throw in “Omen” as an honorable mention, though it’s not particularly scary to me, it still follows a “horror” pattern.  Plus it sounds like gothic church music, which is also what I say about parts of “Dancing Mad,” making a nice musical bookend in VI to go along with VII’s visual and musical one.