Since I’m working on updating my term glossary with Ravic surnames and they use a lot of jewels/gems/precious stones, I figured this image would be fitting.  I’m finally putting the language notes into Scrivener, which is the final part of the update.  I did each separate group, but now I’m doing a more general language notes with gender markers.  I’m still debating doing a separate post that kind of explains some of the world, but it would definitely be after we move lol.

END_OF_DOCUMENT_TOKEN_TO_BE_REPLACED

I really hope I have the name of the piece and artist correct.  I checked some images with the titles and artists in English to match up where this information was.  I’m fairly certain the characters are Chinese (I went to Google translate and I put them into Traditional Chinese and I think I might be right), but it’s one of those situations where I recognize the language but don’t know it.

END_OF_DOCUMENT_TOKEN_TO_BE_REPLACED

Image is just one of the many I have for character ideas.  I love Pinterest as someone who uses artwork for inspiration, but I hate it for the sake of visual artists.  It’s almost entirely made up of stolen art and even if you do find the source, you can’t leave links in the comments.  I have seen more people being called out for it though.  With all visual artists are going through now with this AI generated art bullshit, I don’t blame them for mass exodus from sites like DeviantArt, which forces you to opt out of having your work used for such, and you don’t even know if that makes any difference.

END_OF_DOCUMENT_TOKEN_TO_BE_REPLACED

I’m currently transferring the surname stuff I figured out to Scrivener, though there have been some hiccups and the need to use my Word doc scratch pad.  The surnames I’m working on now are mostly jewel or metal based with a type of hierarchy.  I’m almost done with this, especially if I keep myself on track and don’t go off on any wild tangents.  I had to stop myself from falling down a major time suck rabbit hole for something I can figure out later or even during the drafting process.  I have a section for Open Questions, which are for just such things.  They’re not pertinent to know beforehand, and I have to remind myself of that.

END_OF_DOCUMENT_TOKEN_TO_BE_REPLACED 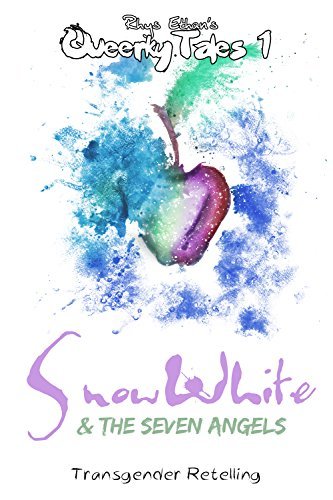 The classic tales you know, the characters with secrets you don’t
***
Blurb:
White has a secret. One he has shared with his family to no avail. When he meets the Prince of his dreams, he decides he can no longer live a lie, but in order to do so, he will have to face his worst nightmares.

Queerky Tales is a series of classic fairy tales retold with LGBT characters. Snow White & the Seven Angels is about fighting for your happy-ever-after, whatever shape it comes in.

For children and adults alike.

Snow White is one of the most popular fairytales for revamping possibly because it contains so many of the tropes and motifs we’re familiar with: the evil mother/matron, the maiden lost in the woods, the forbidden fruit, the magical/lucky number seven, and some I might be forgetting.  Ethan’s version adds an aspect I think is even more vital since the titular character is trans, and he (the author) dedicated it to Leelah Alcorn, a trans teenager who committed suicide due to lack of familial support, leaving behind a heartbreaking note asking for something to change so people like her would actually want to live in this world.  To this day (so far as we know) her family continues to deadname and misgender her, taking zero responsibility for what they drove her to do and it’s disgusting.

END_OF_DOCUMENT_TOKEN_TO_BE_REPLACED

One of the many pictures I have saved on Pinterest for potential settings.  I love this as a view from train tracks, though of course you’d have to be walking along them in order to see something like this, not riding in one as my characters would ostensibly be doing.  My initial method of transportation was going to be horse and carriage, but then I started thinking about what technology they might have and I realized a train might absolutely be possible.

END_OF_DOCUMENT_TOKEN_TO_BE_REPLACED

The last few weeks have been spent figuring out surname naming conventions for different groups with regards to marriage.  Since I work better when I have examples to use, I had to make up last names for said groups, and those last names had to make sense in terms of the groups’ cultures/background.  I do like that in working on one worldbuilding aspect, I can solidify others.

END_OF_DOCUMENT_TOKEN_TO_BE_REPLACED 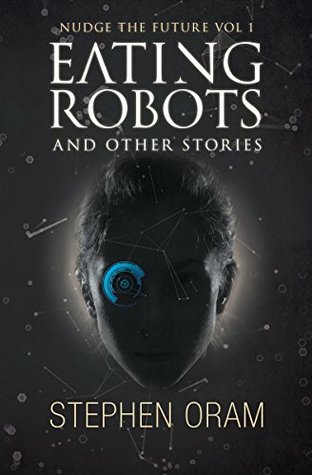 The future is bright…or is it?

Step into a high-tech vision of the future with author of ‘Quantum Confessions’ and ‘Fluence’ Stephen Oram. Featuring health-monitoring mirrors, tele-empathic romances and limb-repossessing bailiffs, ‘Eating Robots’ explores the collision of utopian dreams and twisted realities in a world where humanity and technology are becoming ever more intertwined.

Sometimes funny, often unsettling, and always with a word of warning, these thirty sci-fi shorts will stay with you long after you’ve turned the final page.

Stephan Oram, the author of this volume, intrinsically understands the function of a short story and does an excellent job with the ideas he presents.  The collection uses a variety of genres/subgenres like the subtle horror of “Disjointed” to the satisfying, poetic justice found in “Little Miracles.”  Most importantly, these stories reveal a glimpse of a much closer future than expected where the disenfranchised become even more so due to public opinion turned policy, and there’s a sinister similarity between the mien of many of them and the show Black Mirror.  Some of these stories touch on the same topics as Jonathan Luna’s Alex + Ada (a review I’ve put on hold as I think I need to read the graphic novel again before I can adequately discuss it) with respect to AI rights.

We are reaching the point where speculative fiction is not so speculative anymore, nor is cyberpunk dystopian.  Spend any time on Disabled Twitter and you will see stories of people priced out of life improving if not saving technology.  Substances or activities the abled bodied can do without assistance (produce insulin or even breathe) are behind a paywall for diabetics and asthmatics respectively.  What was once merely metaphor has become reality.

I’m not quite sure what I’m going to work on next.  I’ve finished the pages for the major characters, and I made one for all the pronouns in the Rava language (I had a spreadsheet already of course).  I’ve been trying to work on better organizing the Pinterest boards since things seem out of sorts, and I’m also updating the name pronunciation guide and term glossary on Scrivener.

END_OF_DOCUMENT_TOKEN_TO_BE_REPLACED

CW: Mention of SA with no details 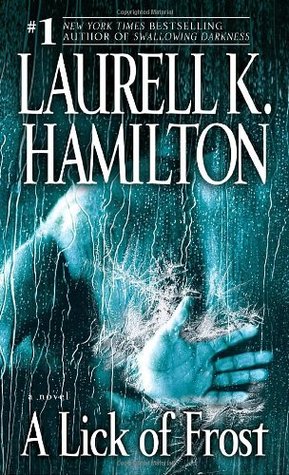 I am Meredith Gentry, princess and heir apparent to the throne in the realm of faerie, onetime private investigator in the mortal world. To be crowned queen, I must first continue the royal bloodline and give birth to an heir of my own. If I fail, my aunt, Queen Andais, will be free to do what she most desires: install her twisted son, Cel, as monarch . . . and kill me.

My royal guards surround me, and my best loved-my Darkness and my Killing Frost-are always beside me, sworn to protect and make love to me. But still the threat grows greater. For despite all my carnal efforts, I remain childless, while the machinations of my sinister, sadistic Queen and her confederates remain tireless. So my bodyguards and I have slipped back into Los Angeles, hoping to outrun the gathering shadows of court intrigue. But even exile isn’t enough to escape the grasp of those with dark designs.

Now King Taranis, powerful and vainglorious ruler of faerie’s Seelie Court, has leveled accusations against my noble guards of a heinous crime-and has gone so far as to ask the mortal authorities to prosecute. If he succeeds, my men face extradition to faerie and the hideous penalties that await them there. But I know that Taranis’s charges are baseless, and I sense that his true target is me. He tried to kill me when I was a child. Now I fear his intentions are far more terrifying.

I decided to give Laurell K. Hamilton’s Merry Gentry series another try, considering I’d ready well over ten of her Anita Blake books before I noped out due to nearly all of the plot being replaced by porn.  MG seemed to go down that slippery slope much quicker than Anita Blake did, as I believe there’s a scene in one of the earlier books where Merry and company are running from a monster or something and they stop to fuck in a hallway *facepalm*.  I’d barely finished the prior book in Anita Blake, Mistral’s Kiss, which I gave one star, and looking back at my Goodreads’ ratings now even the one before that, A Stroke of Midnight, only received two, so I wasn’t going into this with any high expectations.

But his hair was uniquely his own, silver, like metal beaten into hair.