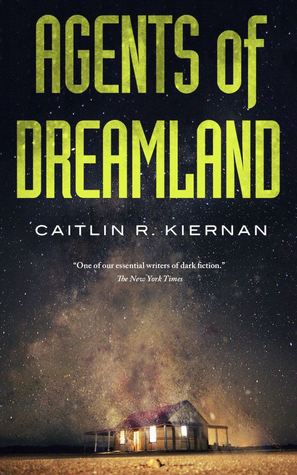 The close of this came abruptly, which I suppose is how normal people will experience the end of the world.  It was very much in the spirit of Lovecraft with more horrifying questions for each answer.  Each chapter had me wondering when the hell it was taking place, which is pretty meta for one of the characters who mentally travels through time.

I bought the next book immediately (as seen in the Purchased section above).  It has a mien of both Lovecraft and a hardboiled detective story, not a combination I’ve seen before.

END_OF_DOCUMENT_TOKEN_TO_BE_REPLACED

The fourth and final installment in the spellbinding series from the irrepressible, #1 New York Times bestselling author Maggie Stiefvater.

All her life, Blue has been warned that she will cause her true love’s death. She doesn’t believe in true love and never thought this would be a problem, but as her life becomes caught up in the strange and sinister world of the Raven Boys, she’s not so sure anymore.

The finale of Maggie Stiefvater’s illustrious YA series (which I didn’t even realize was YA until I realized it was YA) has both the love and loss that’s expected of the genre without the cliche.  The reason for Noah’s existence and draw to Gansey’s court is made abundantly clear, and more than one relationship therein is resolved.  Ms. Stiefvater not only manages to introduce another member this late in the game, though he was mentioned/seen briefly before so not entirely novel, but she also gave us more unexpected relationships.  So unexpected I had to leave a potential genre out of my list as just the mention of such would be too much of a clue, and it is so uncontrived, perfect, and pure that giving it away would be a sin.  If you’ve read the final book or are curious, I’ll talk about it in the spoiler markers below.  It doesn’t give away the main plot, but it does give away one of the major relationships.

END_OF_DOCUMENT_TOKEN_TO_BE_REPLACED

Shares Paradigms With: The Chronicles of Prydain, The Raven Cycle

The retelling of the epic Welsh myth that is “certainly among the top 5 fantasy series of the twentieth century” (sfsite.com).

The Mabinogion is to Welsh mythology what the tales of Zeus, Hera, and Apollo are to Greek myth. these tales constitute a powerful work of the imagination, ranking with Tokien’s Lord of the Rings novels and T.H. White’s The Once and Future King. Evangeline Walton’s compelling rendition of these classic, thrilling stories of magic, betrayal, lost love, and bitter retribution include the encounter between Prince Pwyll and Arawn, the God of Death, which Pwyll survives by agreeing to kill the one man that Death cannot fell, and the tale of bran the blessed and his family’s epic struggle for the throne.

The Mabinogion is internationally recognized as the world’s finest arc of Celtic mythology; Walton’s vivid retelling introduces an ancient world of gods and monsters, heroes, kings and quests, making accessible one of the greatest fantasy sagas of all time.

I first cut my teeth on Welsh Mythology with The Prydain Chronicles of Lloyd Alexander, books written for children, and rife with the myths of that land.  It was where I first saw the name “Gwydion” and heard the term “Son of Don” and “Math Son of Mathonwy.”  At the time I though Don and Mathonwy were the names of their fathers since lineage now and still flows through the father, but at that point in the history of Wales, the name of the mother was the line of kings.

Prydain did an excellent job of introducing the rich mythological history of Wales, and Mr. Alexander (who is actually from around my area) cited the Mabinogion as one of his sources, but as it was a children’s book, The Chronicles barely scratched the surface of the myths’ depths.  Though I read the series years ago (and haven’t had a chance to reread it again), I remembered the name of the source, and when the opportunity presented, obtained a copy of the volume in question.