I still have a ton of blogger tags/awards to get through, and I can’t even claim to be doing them in order.  Today this is the one I’m awake/aware enough to go through, so…

First, I found this on The Writing Hufflepuff’s blog so you should check her out.  She does book reviews mostly and her blog is just set up really neatly.  I use Goodreads a ton, so this is the perfect tag for me.  Please feel free to friend me there if you use it, too!

What was the last book you marked as read?

The Quantum Ghost by Jonathan Ballagh.  I just finished reading it this morning.  Such an excellent mid-grade novel.  I’ve also read and reviewedThe Quantum Door, which was good, too, but Ghost was even better.

What are you currently reading?

I’m currently reading six books, but that number will probably jump back up to seven before I post my State of the Reader update this Wednesday:

What was the last book you marked as ‘to read’?

Primitive Mythology by Joseph Cambell, the fist book in his Masks of God series.  I initially had The Power of Myth on there in its stead, but a friend told me that I could just watch the interviews with Bill Moyers, so I threw that on my Amazon wish list.

END_OF_DOCUMENT_TOKEN_TO_BE_REPLACED

Joseph Campbell’s The Hero With a Thousand Faces. 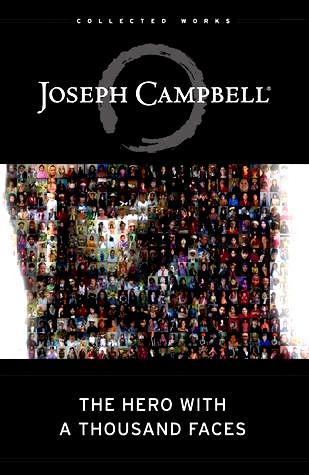 The Hero’s Journey is a universal motif found in stories and narratives across genres, media, and the ages.  It’s hard for me to express how influential and magnificent this volume is, but I consistently assert it’s something everyone should read, especially those of us involved or interested in creative projects.  It solidifies many of my ideas about the universality of stories and how there are ties that bind them all together, connected by motifs, tropes, and paradigms that feed off both the zeitgeist and collective unconscious.

This book is one of the best sources of connectivity I’ve ever found. It prompted me make this macro using the hero’s path quote, words that will never cease in their resonance.

I can with almost complete certainty say that this is my favorite quote of all time, and Hero has been one of the most influential and useful volumes to me as a writer.  I have plans to read more of his work such as The Power of Myth and Primitive Mythology (though I have some trepidation about what that might entail).

What’s your favorite and/or most influential non-fiction book?  How has it helped you with endeavors (creative or otherwise)?