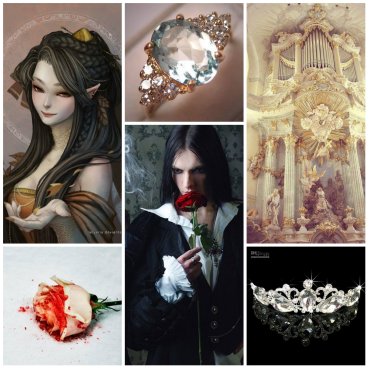 Ughhhhhhhh *but forever*  So first off, I was wrong about the word count.  What I thought was word count was actually character count, so damn my myopic eyes.  I haven’t broken the thousand word threshold yet with this, and I’m not sure how many more words I’ve written in the past few weeks.  Not that many because I’ve really been struggling…like really.  I’ve never had this much trouble starting a story once I have an idea of where I’m going.  Direction isn’t the issue, nor is vision.  I can 100% visualize the scene, but translating that into words humans can understand is where the pipe is clogged.  I know it’s a “I don’t have enough energy to concentrate” type of thing.  I also have this thing where if I don’t feel like I’m doing well, it’ll really put a damper on my ability to work.  I’m not giving up on this project though.  I…can’t really do that.  I’ll just start obsessing over it if I don’t work on it.  If you think this update is all over the place THIS IS EXACTLY MY FUCKING PROBLEM.  I’ve started what I call “micro” outlining where I break down my outline even more so it’s sort of between an outline and a draft.  I just sort of stream-of-consciousness what I want to happen in my notes and then later will go back and smooth it out.  I did that last night with a scene, and I’m hoping to work on it today.  I’ve also been talking to another author friend about it and I’m about to message my other about it.  Sometimes I don’t even need a response; I just need to hear it aloud.