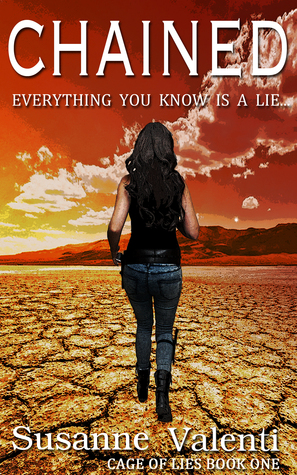 What are you currently reading?

I’m currently reading four books…not something I planned.  I think once I “catch up,” I’ll try to cap it at three.  My plan is to have one fiction/fantasy, one Classic, and one reference.  Eh, actually, I can probably keep it at four since I have one book that I read on my Kindle before the dance aerobics class I attend 2-4 times a week.  Usually the Kindle book is something written by a fellow blogger, which is what’s currently happening now.

Chained: Everything You Know Is a Lie… (Cage of Lies Book 1)
This book is by fellow blogger Susanne Valenti, and it’s fast paced and holds its own very well in the sea of YA Dystopian.  I am genuinely terrified for these characters in a way I haven’t felt since Hunger Games..

Dreamsongs: Volume I
The precursor tales to A Song of Ice and Fire may hold some key information on Martin’s epic high fantasy will end  I’ll be a doing a brief review of this or at least talking about the stories that really touched me, but just for a taste, I’ll say that “The Second Kind of Loneliness” is one of the most haunting stories I’ve ever read.  It hits  you so hard with its universal sorrow.  Some of his earlier stories are a bit rough (which Martin himself admits), but you can see the growth with ever installation.

“So farewell hope, and with hope farewell fear,
Farewell remorse: all good to me is lost.”

I should’ve read this ten years ago seeing as it is heavily referenced in nearly all of my favorite stories (Philip Pullman’s His Dark Materials, the many times mentioned ASOIAF, and the more mentioned FFVII).  I’m in the midst of Book VII and I’ll have quite an extensive analysis to write once I’m done.  I don’t know if it’ll be book by book, but I know I won’t be able to encompass everything that needs said in one blog post.

The Mystical Qabalah
This is another volume I should’ve read a long time ago as there’s a major reference (or references rather) to it in my beloved FFVII.  I’ve been fascinated by religious symbolism for a long time, and I’m always interested in the origin of things, where they spring from and how they’re shaped.  Even though I’m still in the midst of this book, the concept of the Tree of Life has influenced me deeply enough that I have a tattoo of it on my right arm.

What are you currently reading?  Do you normally read more than one book at a time or do you try to conquer your literary mountain one at a time?